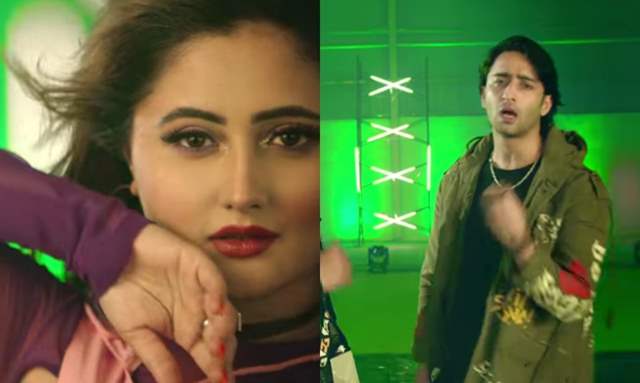 Music videos have been taking over and how. Over the past couple of months, there has been an increase in the trend of music videos and it has also brought together some rather unconventional pairings. While we’ve sure been overwhelmed with them, they just don’t seem to get old as the actors, the music, and the fresh look and feel keeps everyone on the edge of their seats.

The latest music video that has been doing the rounds is Ab Kya Jaan Legi Meri. It is an upcoming music video that will feature Shaheer Sheikh, Rashami Desai, Sana Saeed and Palash Mucchal. It is also sung by Palash along with Amit Mishra, and this one seems to be different from the kind that we’ve been seeing off lately.

The teaser of the music video is out now and fans can’t seem to get enough of it. Check out the teaser right here:

Slated for a release on December 24, 2020, the video has already begun to trend to Twitter with the title as well as the actors who are a part of it, thereby making it quite the hit already.