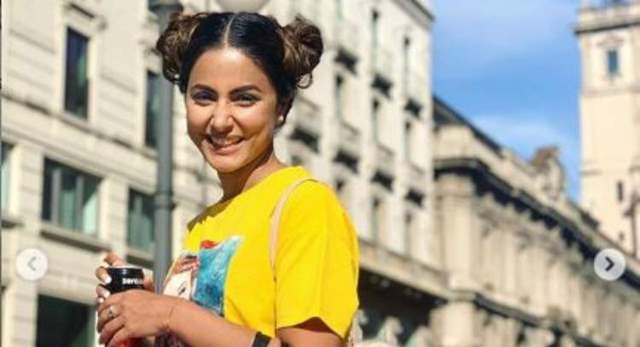 The ‘it girl’ of television right now, Hina Khan is currently on cloud nine. The actress who recently had the time of her life at the prestigious Cannes Film Festival for her feature film Lines has a lot on her plate right now. After spending quality time with her beau in Switzerland, Hina is back at work and how.

Hina is preparing for her next film Wish List and starring opposite her will be UK based actor Jitendra Rai.

Wish List is being directed by Rahat Kazmi who has earlier worked with Jiten Rai in a film 2 Band Radio. Kazmi is quite a prolific producer in the UK. He is known for his work in films like Identity Card, Mantostaan and Lihaaf. They deal with issues that are generally brushed under the carpet.

Wish List revolves around a couple who re-analyze their life, relationship and priorities after one of them is diagnosed with an incurable disease and discovers that life is slipping away. The couple then decide to spend the rest of their time together travelling and living their life to fullest. Speaking with a leading news portal Hina shared, “It’s a touching film with a strong message, being shot in some of the most beautiful locations of Europe. As someone who loves to travel, it’s a treat as I’m getting to explore the best of Europe,” she stated.

After Kasautii, Hina was expected to shoot for Vikram Bhatt’s next untitled film where she will play an editor of a high-end fashion magazine.