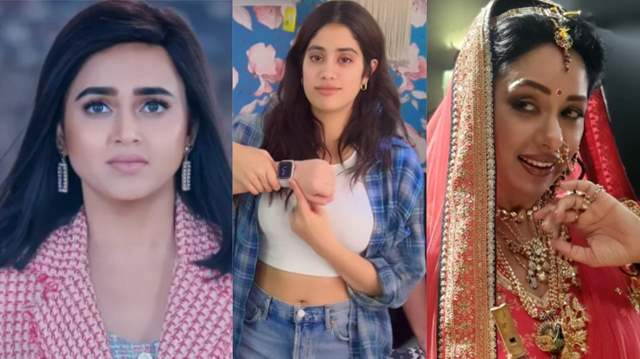 Star Plus’ show ‘Anupamaa’ has a lot of fans. The viewers are always intrigued about the upcoming tracks in the show. Along with the twists and drama in the show, the fans are always intrigued to find out everything about the offscreen camaraderie that the actors share. Everything about ‘Anupamaa’ is quite popular; be it the social issues that show often talks about, the phenomenal performances of the actors, the twists and turns and the crisp dialogues.

While ‘Anupamaa’ remains the favourite topic of discussion among the older generation, the younger lot has also been inspired by the show. The younger generation, who is quite tech savy has been making reels on a viral dialogue ‘Aapko Kya’ from the show. The dialogue refers to a person’s freedom and that he/she isn’t accountable to many for their actions. The dialogue spread like a wild fire on Instagram and people started making reels on the same.

And the newest name to join the bandwagon of people making reel on the viral dialogue is the sassy Janhvi Kapoor. In a recent media interaction, Janhvi spoke about her love for reels and that she loves directing such reels. The actress’s recent reel made on ‘Naagin 6’ actress Tejasswi Prakash’s dialogue went viral and now she made yet another reel on the most popular TV shows ‘Anupamaa’.

Janhvi had recently stated, “Well, me and my team send each other random reel ideas to work on and we find it very amusing. I was shooting and had a long break in between shots and that’s when we planned to do this reel. I love directing such reels with details like blower. So, it’s a lot of fun”.