After slapping me for real, Mridul hugged me post the scene: Vihan Verma of ‘Ghum Hai Kisikey Pyaar Meiin’ 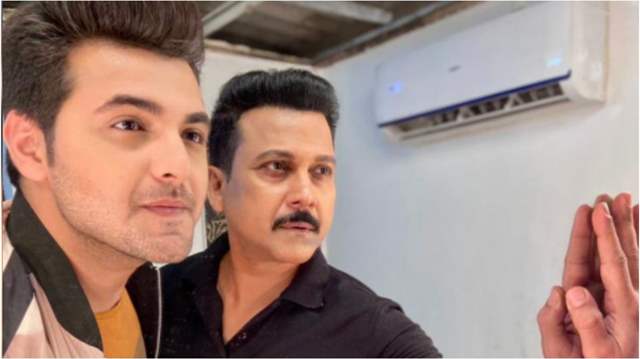 Acting is a tedious job. Actors often get injured and walk that extra mile to ace their performances for their characters. And when it comes to action scenes, many actors have been reported to face the brunt of being too involved into their characters.

‘Ghum Hai Kisikey Pyaar Meiin’ actor Vihan Verma faced a similar situation while shooting for a scene in the show wherein he was supposed to be slapped by the co-star Mridul Kumar Sinha. It so happened that Vihan got literally slapped.

Recalling the scene, Vihan exclusively told India Forums, So the scene was about Mohit offering his share of the property to Sai so that she can give the money to Jagtap and get free from his accusations. And Omkar doesn’t like Mohit saying that and he slaps him in anger”.

I couldn’t react because we were in the scene so I just put my head down and continued the scene.

– Vihan Verma
Vihan added, “I remember calling him and telling him that there’s a scene where you have to slap me and he was so excited because since I’m the youngest on the show he loves to bully me and it’s vice versa. He kept joking the entire day that he’s so excited to slap me in real and all the actors were laughing and teasing me. Little did we know, he actually slapped me but it wasn’t so hard and he hugged me later. We were just laughing after the scene as it was very hilarious”.

When Mridul actually slapped Vihan, he couldn’t react. He said, “I couldn’t react because we were in the scene so I just put my head down and continued the scene. I wanted to laugh so hard and the moment director said cut we busted laughing”.

Well, it only proves that Mridul and Vihan share a warm bond.