Ami Trivedi: I feel privileged to be a part of Yeh Rishta Kya Kehlata Hai trilogy 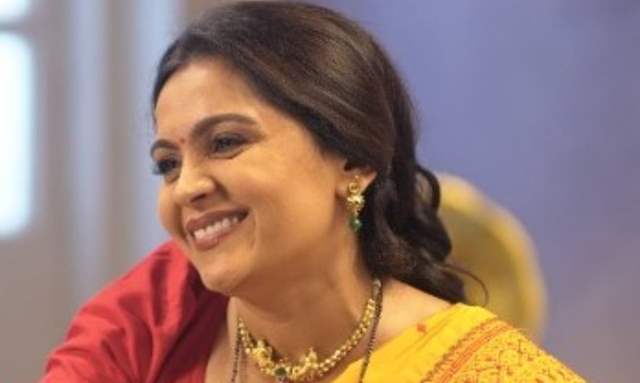 Featured Video
“I also know where the mom makes sacrifices and why she happily and selflessly does so. There are many qualities about my character which I can relate to now. She is a character which is also related to the masses because I’m sure there are a lot of children who will probably see their mother in this character and a lot of women will identify with the pain or the love or the suffering or the sacrifices or the pleasures that this character experiences,” said Ami.

As for the show’s producer, she calls Rajan a person who is extremely passionate about his job. “That definitely rubs off on you. ‘Unki energy dekhkar, unka passion dekhkar hume bhi encouragement milti hai ki hum bhi apna best portray kare (Seeing his energy, seeing his passion, we also get the encouragement to do our best in portraying the characters). Also, the people in Directors Kut Production house have been there since the time the production had started and they are people who have always addressed your issues. They treat you as their own which makes you feel welcome and very comfortable,” he said.

She believes that content is the king. “Otherwise, you just don’t know how to justify your longest-running show on television,” she said. The show symbolizes human values and relationships, and Rajan is known for his crisp storytelling. “I have been an audience member of the show and now that I’m part of it, I would say the show symbolises human values and relationships and it explores different natures of the same relationship in all its different forms in the three seasons that have been there in Yeh Rishta Kya Kehlata Hai. Yes, Rajan Shahi is known for his crisp storytelling. It has to be crisp, that is how you can keep audiences glued to their seats and want them to watch more which is one of the plus points of Rajan Sir and his kind of storytelling,” she said.

Talking about the title Yeh Rishta Kya Kehlata Hai, she said, “I would like to share one very interesting thing which our writer had narrated during the reading where he said that Yeh Rishta Kya Kehlata Hai is not just about the interpersonal relationship, this also explores a relationship that you share with your own self. ‘Aap kaise ho, wahi aap shayad apni andar ka jo feelings hai yaa andar ke aapke jo fights hai, wahi shayad aap apne bahari relationships mai lekar aate ho aur ussi ke wajh se aapke baaki saare relationships establish hote hai (How are you, probably the feelings inside you or the fights inside you, that’s what you bring to your external relationships. And because of all that, all your other relationships are established). So according to me, Yeh Rishta Kya Kehlata hai, ‘yeh hum shayad ek dusre se hi na kahe, par apne aapse bhi puche (We may not only say this to each other, but we should also ask ourselves).”