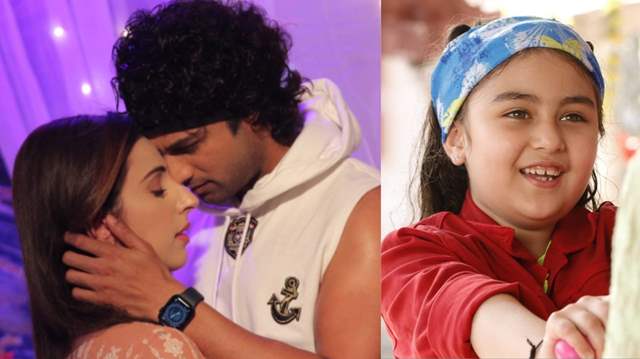 Zee TV’s romantic drama – Aggar Tum Na Hote is the love story of a young nurse, Niyati Mishra (Simaran Kaur) and Abhimanyu Pandey (Himanshu Soni), a charming, rich young man. While the show’s concept and the lead Jodi’s performance have impressed one and all, it looks like new twists and turns in the storyline will surely spice things up. The show has set in an exciting new punch, turning the worlds of Abhimanyu and Niyati upside down after a 6-year leap with a complete change of life and their daughter’s entry.

In the recent episodes, the viewers have witnessed that heartbroken and homeless Niyati has found a newborn baby on the stairs of a temple and takes upon herself the responsibility to raise her, unaware that she is her own daughter. With this upcoming twist in the story, child actress Amreen Malhotra is all set to make an entry as Niyati’s 6-year-old on-screen daughter, Nitya Mishra. Her entry into the show will bring forth a roller-coaster ride of emotions for the viewers. It will be interesting for the viewers to see that will she be successful in reuniting Abhimanyu and Niyati once again?

Excited about her debut on Zee TV’s Aggar Tum Na Hote, Amreen said, “I am so excited about making my debut on the television screen with the character of Nitya on Zee TV’s Aggar Tum Na Hote. I am looking forward to learning so much from all my co-actors, who have been pampering me from the very first day since I have joined shoot with them on the sets. They always explain me basics of acting and help me throughout the shoot. It is really exciting for me to shoot for a show, and I enjoy it so much.”

While a lot of drama is all set to unfold, will Niyati and Abhimanyu end up together? How will he react when he sees Niyati in her new avatar and raising an adopted child?