Anjum Fakih on Bade Acche Lagte Hai 2: I am super pleased to be a part of such an iconic show 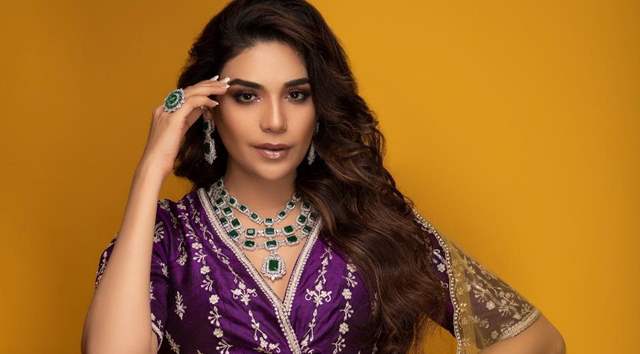 Sony Entertainment Television is all set to bring back one of the most popular shows ‘Bade Acche Lagte Hain 2’. As said by producer Ekta Kapoor, the show is an ode to ‘mature love’, as it explores the dynamics of two individuals in their mid 30’s who gradually find a way to love one another after their marriage.

Season 2 of the show will star Nakuul Mehta and Disha Parmar who will be seen portraying the much loved characters of Ram and Priya. As known to all, being a family drama, Bade Achhe Lagte Hain is a multi-stat cast show. Seen as Priya’s sister ‘Maitri’, the renowned face of Television ‘Anjum Fakih’ has been roped in. Anjum Fakih has been a part of the industry for over a decade now and has established herself as one of the promising actresses in the entertainment business.

Featured Video
Talking about being a part of the show, “I am super pleased to be a part of such an iconic show. I believe my character in the show will allow me to push my limits as an actor and something extraordinary will come out of it. Since, the show is based on urban loneliness and mture love, it’s like a breath of fresh air from the usual saas-bahu dramas on television. I am really looking forward to trying something new and building a wonderful camaraderie with my co-stars on the show.”