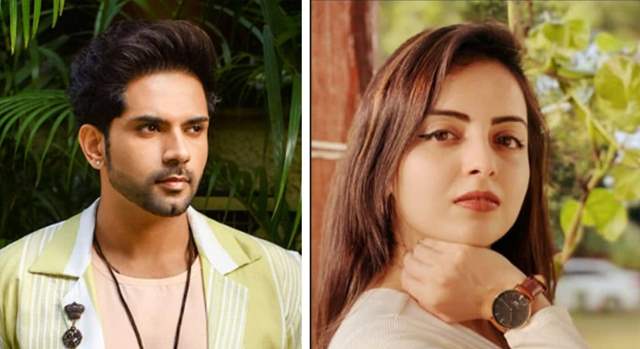 Actor Ankit Bathla barely needs any introduction where he has been a part of multiple TV shows over the years and was last seen in the Colors TV show, Naagin 4 followed by a cameo appearance in Maddam Sir. And now, the actor is all set and rolling to be seen in the And TV show, Ghar Ek Mandir – Kripa Agrasen Maharaj Ki.

Thar’s right. As we know, the show currently features actor Shrenu Parikh as the female lead apart from Sameer Dharmadhikari. Coming to Bathla, he will be leaving for Jaipur soon for the shoot and will be paired opposite Genda (Parikh). Talking about it with ETimes TV, Bathla said, “I will be paired opposite Genda (Shrenu Parikh). Though the title of the show sounds religious, the treatment isn’t typical. There is a lot of drama and other shades of emotions in it. After Naagin wrapped up, I shifted my focus to OTT. But when the makers approached me with the offer, I was quite excited about taking it up. While I am jittery about shifting my base temporarily, I am looking forward to a new experience of shooting in Jaipur, especially with winters approaching.”

Featured Video
Talking about working with Parikh, he said, “I have watched Shrenu’s work and she is a very good actress. I am looking forward to working with her and quite excited about it.”

Talking about his character, he will be playing Siddhant Saga, the anti-hero in the show, “I would say it’s different. It’s not your most loved or a happy-go-lucky guy. I don’t have any qualms about exploring shades. My character Dhruv turned from positive to negative – the two extremes – in the show, Thapki Pyaar Ki. I came across a lot of people who told me that they liked my mean avatar. Also, I feel that the track changes on the basis of the audience’s feedback. One can’t predict whether a character will stay positive or negative throughout the show. I have also realised that TV doesn’t stereotype actors anymore”, he concluded.