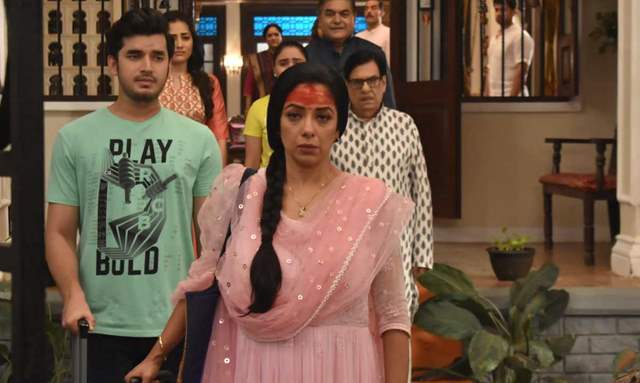 Rajan and Deepa Shahi’s “Anupamaa ” is keeping the audience hooked with the drama around Anuj and Anupamaa’s relationship. In the family, from Vanraj to Baa, Kavya and even Paritosh, they have been accusing her for having a relationship with Anuj but Anupamaa has decided to give it back to them now. In the Friday episode, we saw that Anupamaa came back home and as expected Vanraj created a huge drama about her staying outside for the night. But little did she know that Vanraj, Baa and Kavya would question her character. She told them that Anuj was not well but to vain as they had assumed that something had happened between her and Anuj.

Anupamaa kept explaining and instead of understanding her, they called her characterless. Anupamaa then tells them that she has given it all to the family, yet she is the one who has always been questioned. She said she won’t shed any more tears for them and decides to leave home. In the upcoming episode, we will see that Anupamaa tells everyone that she had enough of their taunts and accusations. She has tolerated everything for so long, but now she won’t. She packs her suitcase, Babuji gives her his blessings, and she bids adieu to the Shah abode.

Featured Video
After leaving the Shah house, Anupamaa will shift to a rented flat, which Anuj will help her with. On the other hand, in theShah house, Kavya will fail to take responsibility of the house and the whole house completely shatters.

Watch out this space to know what happens next.