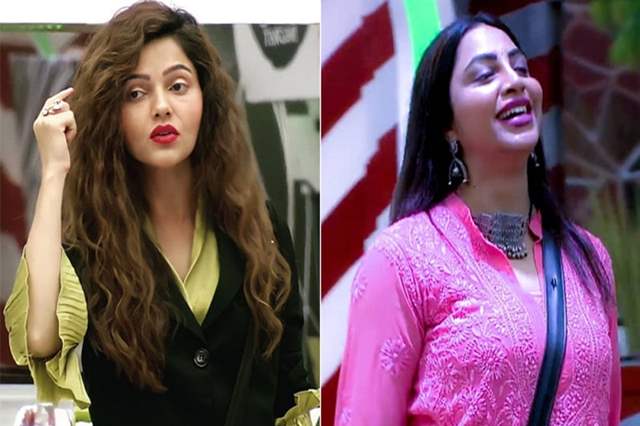 Bigg Boss 14 continues to be a madhouse and everyday is about an array of developments that keep happening. The show took a mellow turn recently when the past episode saw the family special (which will continue today) and this is indeed some good relief in the constant tussle that goes on. However, with the likes of Arshi Khan and Rakhi Sawant, one can seldom anticipate loner periods of calmness, isn’t it.

Talking about Khan, she has had quite a fiery couple of days owing to her clashes with Rubina Dilaik and on a couple of instances with Abhinav Shukla too. Interestingly, Khan’s sister Sonali Khan opened up on how she (Arshi) actually disliked Dilaik and Shukla even before entering the show.

In an interview with Times of India, she said, “Arshi didn’t like that couple from the beginning when she was watching the show as a viewer. She didn’t like the ugly spat between Kavita Kaushik and Abhinav-Rubina, and that is another reason why she picks on Rubina. On the other hand, I feel that Rubina herself doesn’t follow the rules that she comes up with.”

She added, “There have been many occasions when Rubina has picked on Arshi unnecessarily and commented on her randomly. Arshi only says what she does to give it back to Rubina. Yet, people feel it’s Arshi’s fault.”

If her disliking the couple was prevalent already, then what does Sonali have to say about Arshi flirting with Shukla inside the house. To this, she said, “That’s because when she was outside, some people told her they remembered how she used to flirt with Hiten Tejwani in an earlier season and it was fun to see that. But I guess Abhinav couldn’t take a joke. I think Arshi addresses valid issues inside the house, but the way she loses her temper and uses certain words is not right. She realises that later and regrets her actions.”