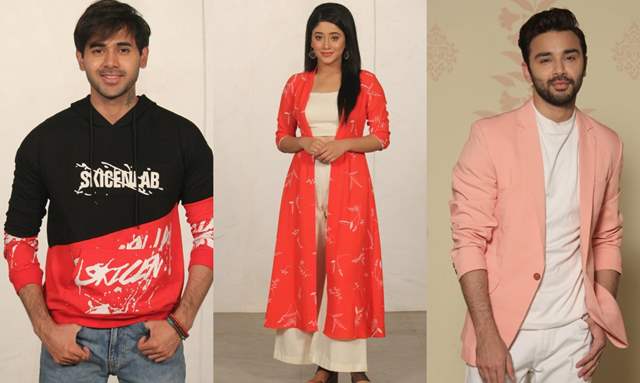 It’s that time when the fans are going to be overjoyed as Voot is all set to stream the most popular show on television, Balika Vadhu. Starting from where it all ended, audiences will witness their favourite character- Anandi enter a new phase of her life. In an all-new avatar, the show will witness a roller coaster of emotions, love, passion and misunderstandings along the way. With a promise of making each episode exciting for its viewers, the drama series Balika Vadhu – Anandi Ka Naya Safar will stream starting February 28 on Voot.

Created by Sphereorigins, written by Richa Yamini and directed by Rahul Agarwal – The show revolves around relationships between three individuals – Anandi, Jigar and Anand. A 23 year old successful fashion designer, Anandi is set to start her new chapter of her life and to find love. The show will witness a love triangle between Anandi, Jigar and Anand but will the three young individuals in love, try to untangle the threads that are twisted by their past? Or will situations take a different turn?

Talking about the show, Shivangi Joshi shares, “It will be a new journey with a new concept for Ballika Vadhu on Voot. I am looking forward to it. The show has its own set of followers and has been doing well on the platform. With the OTT’s rise and the youth space we intend to reach, I am hopeful we will create a space in the audience’s hearts.”

Talking about his role, Samridh Bawa says, “Playing Jigar has been an interesting experience. The role has helped me push my limits and bring the best out of me. But the most exciting part throughout this experience has been the response from the audience. As far as my career goes, working for Balika Vadhu franchise is a blessing, and is helping me grow as an actor. It’s exciting to know that now the show will continue on Voot. I hope that the audience loves the show and continues to shower us with more love and support.”

Randeep Rai shares his experience on the show, “It makes me happy to know that we are taking a direct direction and a new avatar of the show. I hope you guys like the show because our team really worked hard into making this show iconic.”

Will the stains of her past ever stop colouring Anandi’s life and let her find love? The gripping narrative coupled with talented actors is sure to make this an enthralling drama a must-watch.