‘Balika Vadhu 2’ shoot wraps up; Samridh Bawa pens a heart-warming note for everyone 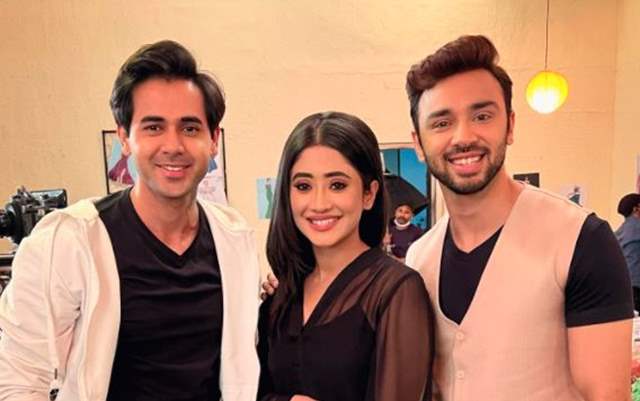 There was a lot of expectations and excitement when it was confirmed that actors Shivangi Joshi, Samridh Bawa and Randeep Rai are coming together to play the leads in Balika Vadhu 2. The show, that in itself had the most amount of buzz as it was the sequel to one of the most successful shows ever, Balika Vadhu. This was accentuated even more as the show was heading for a huge leap and the leading characters were all set to be shown as grownup.

This enabled popular stars like Joshi, Bawa and Rai coming in and it seemed like the best situation. However, this did not transpire into the ratings and before one would anticipate, the show was confirmed to be going off-air. Now that the show is indeed all set to go off-air, the last day of shoot was expected to take place soon.

Today was the day, and not only all the three leads got together but posed for the camera with all smiles. Bawa, on his side, posted a heartwarming note as the wrapped things up. His note on Instagram read, “Thank you @shivangijoshi18 @randeepraii for being such lovely friends and Co-actors

Thank you @colorstv team @sakshitandon and Harsha… @voot team @trishlashah93… Pradeep sir and team you were missed . Thank you our DOP [email protected] thanks for adding new flavours to the show . Thanks to Aman and creative team . Thank you to the whole @official_sphereorigins production and technical team. Casting team @janetscastinghubllp thank you .

Not to forget our viewers .. Thank you all for loving our work and us . You are amazing #balikavadhu2 #show #wrapup”-

Balika Vadhu 2 began airing from August 2021 onwards but the numbers remained low and now, after a short run, it is going off-air.