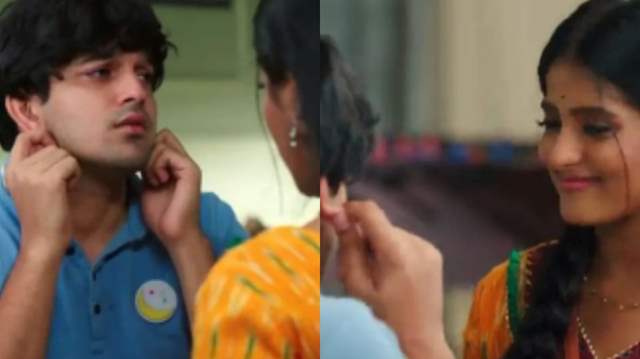 Star Plus show ‘Banni Chow Home Delivery’ is getting quite interesting with each passing episode. The show is getting a lot of love from the audience. Yuvaan’s innocence and Banni’s simplicity have won million hearts and has also doing a decent job on the TRP charts.

The current track of the show revolves around Yuvaan and Niyati’s wedding preps. Banni has learned the fact the Yuvaan gets drugged by Manini and Niyati. As informed by India Forums, the upcoming episode will see major drama where Yuvan and Banni will get married. Yes, you heard it right!

As the show is currently focusing on the pre-wedding celebrations of Yuvan and Niyati, Banni will come to know about Yuvan being drugged. It will so happen that Manini pays Rajabhai to spoil Banni’s business by poisoning the food. Banni tries to tell all her customers not to eat the food. Manini sees Devraj’s phone and realises the plan! Manini unleashes her contingency plan as Banni heads for the Rathod house to stop the wedding.

Furthermore, Yuvaan fills Banni’s hairline with sindoor. Later, Banni will escape the place with Yuvaan. They reach an isolated place where she tries to wash off the sindoor but it doesn’t happen which is a sign that Yuvan is her fate now.

‘Banni Chow Home Delivery’ is produced by Shashi Sumeet Productions. The show has a stellar star cast including actors like Pravisht Mishra, Ulka Gupta, Ayush Anand among others.