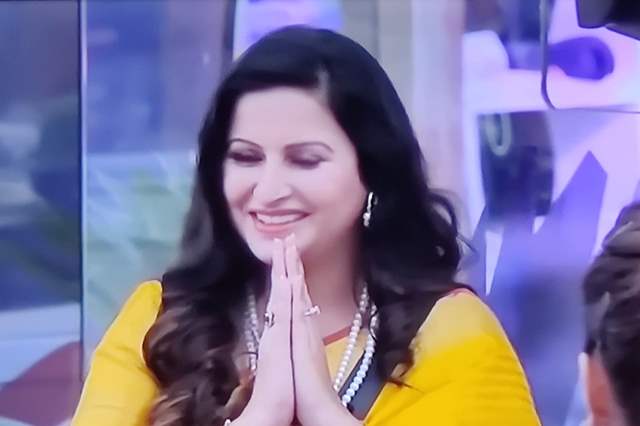 Bigg Boss 14 has been a season of entries and exits which has been rather to and fro. There has been so much happening in terms of new faces coming in randomly and several exits happening too. After only recently witnessing the re–entry of Gupta who came back after tackling a controversy, there was another new face to look forward to.

Politician and actor Sonali Phogat was confirmed to be entering the house soon and that has now happened already. Making a roaring entry indeed, Phogat entered the house to the track ‘dhaakad hai’ from Dangal. And while obviously she is still only minutes old in the show, her shades will only be seen in the upcomig episodes.

Phogat has been associated wih the Bhartiya Janta Party (BJP) since the last 12 years and she was given the charge of National Vice President of the Women’s front in Haryana. Whether or not Phogat will make an impact in the show during her stint, we will have to wait and see.