BB 14: Vikas & Eijaz Get into a Brawl Over Latter’s Allegations 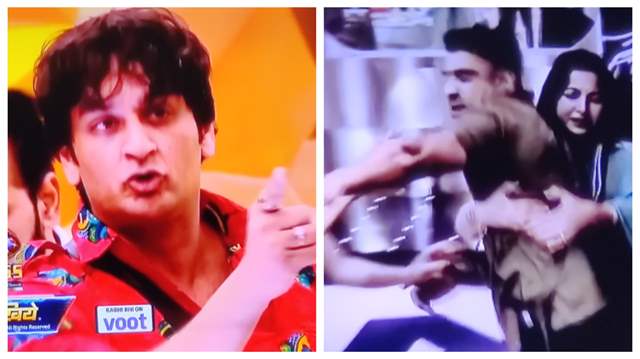 The funny yet scary stint of Rakhi Sawant has begun and it is one of the indicators as to how quirky Bigg Boss 14 can be.

However, tomorrow will see the usual Bigg Boss routine where a massive fight is awaited. Eijaz Khan and Vikas Gupta will first get into a massive argument which will be followed by a brawl of sorts where they will try to get at each other. In fact, Khan will frustratingly kick at things and some things will be broken too.

This will be in connection to Khan putting allegations on Gupta as to how the woman who apparently maligned Khan’s image did so on Gupta’s influence. While Khan will have his points to say, Gupta will be seen pleading to the camera too that he isn’t responsible for any such thing.

We wonder what will happen next.