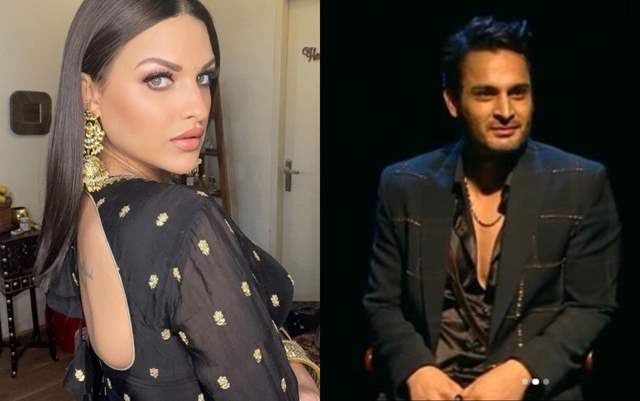 Bigg Boss 15 is now in its 4th week and contestants have all managed to create quite an impact so far. While the audiences have found their favourites for this season, a much-talked about contestant has also been Umar Riaz. His game so far has received a lot of applause and while there are critics too, many like his game. Himanshi Khurana, who is also a supporter of Umar, spoke to India Forums about the show and his game, and she sure has quite a lot to say.

About Asim’s game so far, Himanshi tells us, ”We know him as a person and whatever the housemates talk about him, they only have nice things to say and that means he is doing great and same is the case when it comes to tasks as well. However, just because the show is editing based, we only see bits of it and neither audiences nor family can do anything about it. This is about the makers and we don’t know what is going in their head. Maybe they want a person to do something else and Umar hasn’t been able to come out of that comfort zone, he doesn’t want to perform in any fake manner because it will then affect his real life, so I think he knows he is better and whatever his perspective is, he is doing right. We are happy with everything, if he wishes to stay original, then we are okay. If he survives 2 more weeks, he is good to go.”

Featured Video
We also asked her whose game does she like apart from Umar’s and to that, she said, ”I follow the show for Umar because I see it properly. Someone who has been playing calmly and rather smartly, it is Vishal, Karan and Tejasswi. These three entertain and they also clearly know how a show runs and how things are shown and what we will say that will be highlighted. These 3 have been paving their way very clearly and smartly.”

Meanwhile, the show is currently high on energy and drama as the captaincy task is underway following the first wild card entry of this season in the form of Rajiv Adatia. Also nominated for this week are contestants Vishal Kotian, Simba Nagpal, and Akasa Singh.