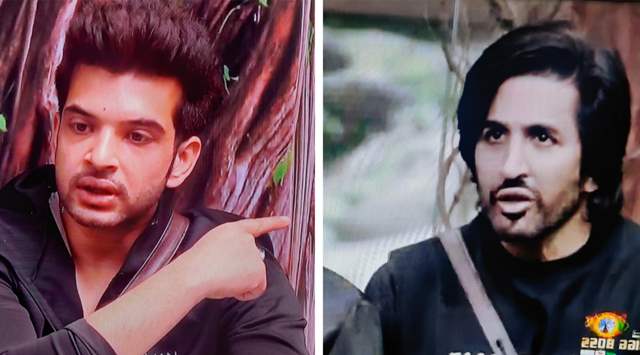 Tonight was the night where housemates would unleash of sorts and choose to go to all limits in an ode to make their entry into the Bigg Boss main house.

After the Jay Bhanushali and Karan Kundrra confrontation, it was all about the task where teams were are at each other and sanchalak Shamita Shetty was slammed for her decision to have Team Tiger win earlier.

But tomorrow will be another day and we will once again see Kundrra at the forefront but this time with Vishal Kotian. Post the task, Kotian’s actions will seemingly irk Kundrra and the latter will feel betrayed even.

Featured Video
That’s right. During the task, Kotian’s actions were such that were condemned by a few, especially Kundrra. Following that, tomorrow will see Kundrra first talking about it with Nishant Bhat and then with Kotian and Shetty.

Whether or not this confrontation will lead to anything, we’ll have to wait and see.