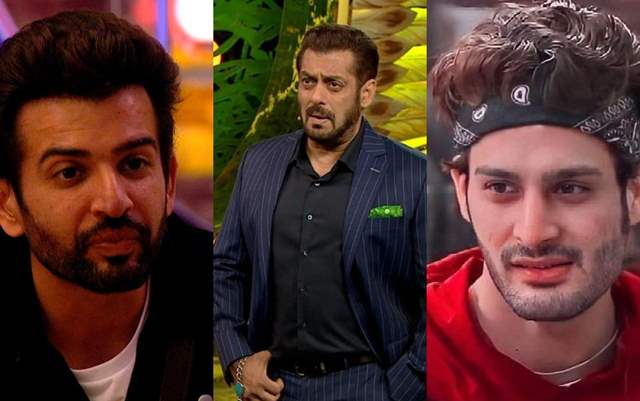 Bigg Boss 15 is in the new constantly and now, the Weekend Ka Vaar is about to grab a ton of more attention to the show. The promo is out and well, Pratik Sehajpal is at the center of things yet again, however, there are a lot of other things that went by this week and must be addressed. Right from fights to some nicer things too, Salman Khan has a bunch of things to talk about.

No matter what stance he might have, this is something that must be addressed and it needs to be done in a rather subtle manner for the subject is sensitive. Many have been talking about it and though not everyone is in her favour, this must be spoken about in such a manner that also spreads awareness about what happened, but other issues must also be mentioned.

Umar has been indeed subjected to some rather unfair times and he did not deserve that this past week. He became the captain of the house this week and therefore, a lot of housemates have turned against him and he is being targeted for all the wrong reasons. There needs to be more that should be addressed here.

She’s been put on this pedestal a little too many times and after all this time of fans asking for the narrative of the show to change as far as she is concerned, this is the right time to do so. For instance, the way she behaved about Rajiv feeling bad about Afsana and missing her, it seemed to be uncalled for and something that should’ve been dealt with more empathy.

To me, they look forced because it is a direct effect of everyone asking the former to buck up and how. But well, they sure did not mean it in this manner. While many did not seem to like Vishal, it looks like Jay’s behaviour might change the thought process of at least some.