BB 16: It is all fun & games on New Year’s in the ‘Bigg Boss’ house with celebs galore 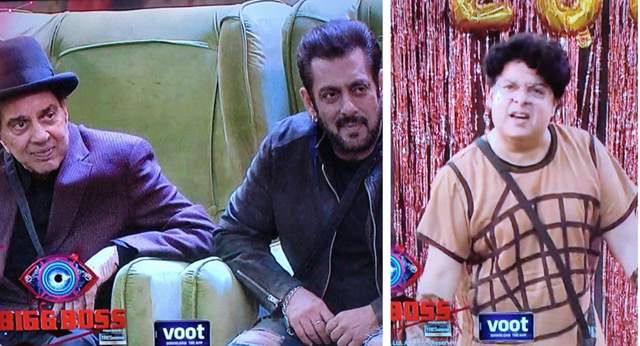 Bigg Boss 16 continues to be in full throttle now and today saw host Salman Khan schooling Archana Gautam, Shalin Bhanot and even Vikkas Manaktala. A lot of things were cleared indeed but some continue to be addressed in one way or another. Nevertheless, the episode was ending with the much-awaited arrival of the legend, Dharmendra.

And when it comes to the precap, it became one of the rare moments when the entire footage had no fight or no confrontation flashing, And it is only fitting as we are set to be ringing in the New Year. As Dharmendra enjoys everything, it will be the one and only Krushna Abhishek, who will mimicking Jeetendra and Jackie Shroff and having everyone in a laugh riot.

The likes of Karan Kundrra and Jannat Zubair will be seen coming inside the house to ring in the New Year and a large banner of 2023 will drop down as everyone celebrates. But the big moment though will be coming in when the legend Dharmendra will be seen entering the Bigg Boss house and this will lead everyone to go absolutely bananas. With Dharmendra and Salman Khan inside the house, multiple housemates will be seen presenting skits and performances for the actor.

To be ending New Year in Bigg Boss on a positive note is exactly what one needs, isn’t it?