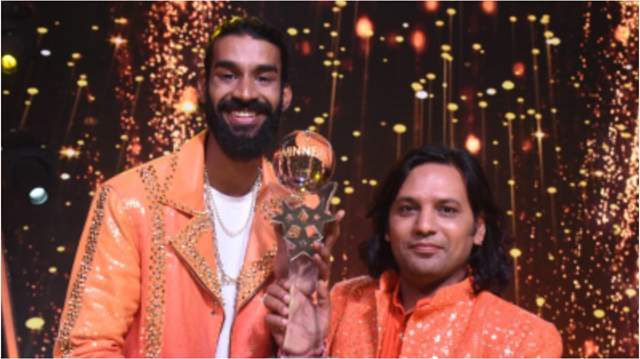 The Monday episode of Rajan Shahi’s “Woh Toh Hai Albelaa” started with Cheeru thanking Kanha for making Saroj agree for the wedding. He calls him a rockstar and tells him that he can do anything. He also tells him that he could have never gathered the courage to speak against Saroj but he did it for him and he will be grateful for that. Cheery then asks Kanha to take care of the family and Sayuri if someday he is not there. Kanha then tells Cheeru that he is very happy for him and he and Nakul then lift Cheeru on their shoulders and dance. However, they soon realise that Saroj is still upset. Kanha tells Cheeru that Saroj has agreed but she is not yet convinced. Kanha then decides to go and talk to Saroj.

An angry Saroj is sitting in her room when Kanha comes. He tells her that Cheeru’s happiness is with Sayuri and Saroj slaps him. She starts hitting him thinking of all the trouble that they went through and all that led to her hatred for the Sharma family. Kanha gives her a slipper and asks her to hit him with that else her hands will start paining. Saroj couldn’t hit him any more and burst out in tears. Kanha tries to calm her down and tells her that he knows that she is happy with whatever happened but if they had not agreed they would have lost Cheeru. Kanha then fixes her hair and makes her drink some water and leaves from there.

Meanwhile, Cheeru and Nakul are waiting impatiently for Kanha to come. Kanha tells them that it will take some time for Saroj to get convinced but she will eventually agree. He tells them that once she gets busy with the wedding preparations she will have no time to get angry. They then ask Cheeru to freshen up and sleep for a while. Nakul then asks him if Saroj had hit him a lot. Kanha asks him to not talk about it infront of Cheeru.

At the same time, Sayuri is excited that she is finally going to get married to Cheeru. She sees Balwant who congratulates her and asks her to fix her other relationships as well, hinting towards Kanha.

In the upcoming episodes, we will see that Saroj tells the priest to match Cheeru and Sayuri’s kundali and that if it doesn’t match then they will have to rethink their decision. To know what happens next, keep watching the show.