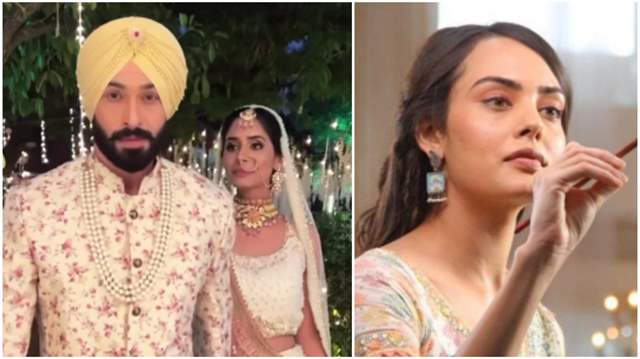 Star Plus show ‘Teri Meri Doriyaan’ is getting the love of the audiences. The current track of the show revolves around Sahiba and Angad’s tashan. Sahiba has been brought to Brar house to take care of the décor as she is an artist. Sahiba doesn’t like Angad as he is arrogant and doesn’t respect her art.

Sahiba’s mother is keen on getting her daughters married to Brar family as they belong to an elite class. Sahiba’s sister Seerat performed with Angad. He got infatuated with Seerat as he felt she can live up to the expectation of being a Brar daughter-in-law. Sahiba has hidden the fact that Seerat is her sister from Angad.

Now, India Forums has learned about an exciting spoiler update from the show. Sources have it that soon Angad will fall in love with Seerat. He will feel driven towards her. However, he will soon find out that Seerat is Sahiba’s sister. This will leave him shocked and wonder why Seerat and Sahiba hid the truth from him. It will be interesting to see how an irked Angad will confront Seerat and Sahiba.

Teri Meri Doriyaann’ has received rave reviews from the audience and is being loved across all quarters. From its Bollywood aesthetics to interesting yet promising twists and turns in love stories, everything about the show is fresh, grand, and euphoric.

Set in Punjab, the latest released ‘Teri Meri Doriyaann’ has been the talk of all Indian households since the time the first asset of the show was dropped. While it is yet to find out who falls in love with whom out of the Brar brothers and Monga sisters.