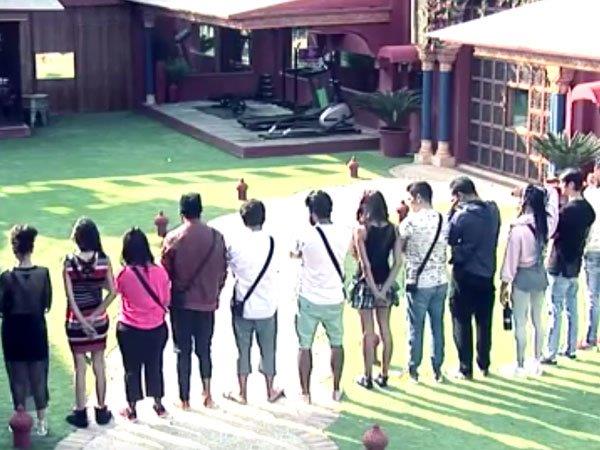 It’s time for some major fights on Bigg Boss 10, as Indiawale will be punished and Lopamudra Raut, Manu Punjabi and Priyanka Jagga get into a physical fight in the first week of the show.

The Indiawale will be punished by Bigg Boss, for not following the rules of the house. Apparently, the commoners Manu Punjabi and Priyanka Jagga were often seen cribbing about the food cooked in the house and so they decide to cook on their own.

According to the rules the ‘maaliks’ aren’t allowed to do anything on their own and are only asked to order the ‘sevaks’, the celebrities. But, instead of ordering, the commoners land up cooking their own food which in return breaks a major rule of the task.

Bigg Boss responds and tells the commoners that they will be punished for this, so the celebrities get an opportunity to turn the table and win the task and become the ‘maaliks’. The task will have celebrities sitting on the rocking horse while the commoners try to irritate them and vice versa. First, Priyanka Jagga goes on the horse and she is seen commenting on Lopamudra, who gets irritated and gives it back to Jagga.

Lopamudra tells Priyanka to keep things to herself, and then tells her to control everything that is popping out of her body and mind.During the task VJ Bani stops Akansha Sharma from stuffing a smelly socks in her nose.

Later, during the task Lopamudra snatches Manu’s cap and Manu throws away her hairband. Lopa and Manu will get into a nasty fight which will almost lead to a brawl, when he comes to hit her and she hits him back. The model even asks him to kiss her ass.

Now that the tasks have just begun and more fights are awaited. More drama will unfold in the coming days. Keep watching Bigg Boss 10 for every added spice.