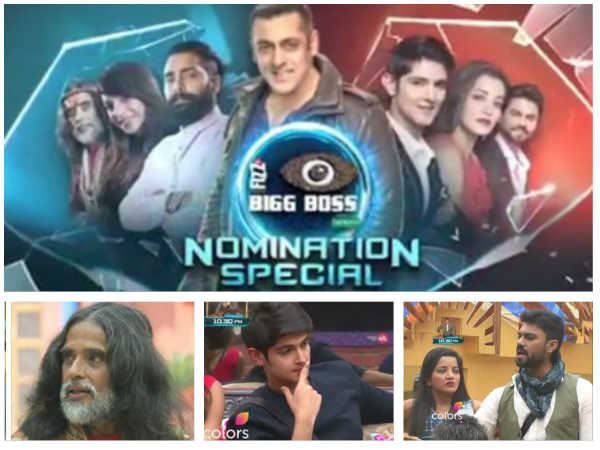 The contestants in the Bigg Boss 10 house have already completed one week. Yesterday (Oct 23), during weekend ka vaar, the host of the show, Salman Khan announced the very first contestant Priyanka Jagga, to be got eliminated. Priyanka had received the least number of votes. The celebrities inside the house, as well as the viewers were not happy with Priyanka because of her rude behaviour! Salman too, was upset with a few celebrities and annoyed with commoners Swami Om Swami and Priyanka Jagga.

The nominations will be done in a unique way. The contestants will nominate others using foam i.e., he/she will hit the foam on the contestant, whom they want to nominate. The seven contestants who will be in the elimination zone are Manveer Gujjar, Nitibha Kaul, Om Swami, Manoj Punjabi, Antara Biswas (Monalisa), Rohan Mehra and Gaurav Chopra.

Also, there will be a luxury budget task. The announcement of the task will be made in the living area. The commoners will be seen in orange and the celebs in navy blue outfits while performing the task.

We had already reported about the speculations that said Priyanka Jagga might soon be back on the show. These speculations arose because of the cut-outs of Priyanka, that were placed in garden and washroom areas.

Apart from the nominations and the task, the viewers will also get to see some romance brewing between Manu and Monalisa. It has to be recalled, Gaurav and Akansha are already gelling together well.