Bigg Boss 10: Will Salman Khan Have A Favorite Contestant This Year Too? 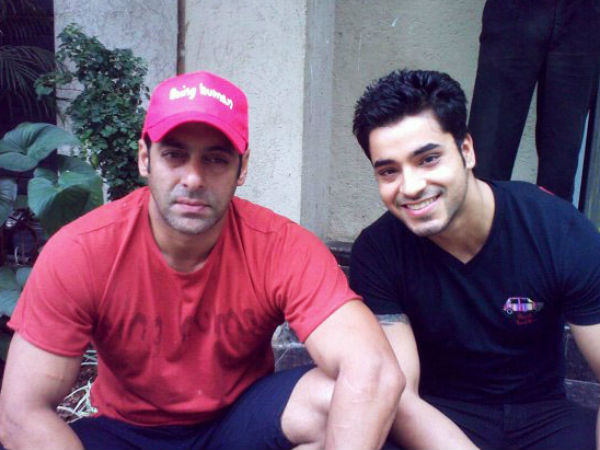 You talk about Bigg Boss and the first thing you associate with it is, Salman Khan. He has been hosting Bigg Boss for several years now. The host has always been open about his favorites on the show and it will be fun to see who is his favorite on Bigg Boss 10.

Every year, from the contestants who have entered the house as celebrities to any common man entering the house, a few have always been on Salman’s hit list while a lucky few have got his immense support directly or indirectly. Here is a list of all the favorite contestants of Salman on Bigg Boss. Gautam Gulati was hugely favoured by Salman Khan on the show, the alleged reason being, they have been friends since 2010.

Salman always favored Gautam, irrespective of his psychotic behaviour in the house. Karishma Tanna, on the other hand faced a lot of heat from Salman Khan, because of her nature against the host.

Mandana Karimi was best known as the cry baby of Bigg Boss 9, after which she made her debut as a lead actress in Bollywood with the film Kyaa Kool Hain Hum 3. Salman certainly had a soft corner for her as he always made sure to guide her during the show.

The next favorite of Salman Khan was Tanisha Mukherji. Salman always had a soft spot for his dear friend Ajay Devgan’s sister-in-law. Stating that ‘he would stand up for any woman’ he jumped to her defense on so many occasions.

Elli Avram, the cute Swedish Greek actor made her debut in the film industry with Mickey Virus but before that she introduced herself to the audience with Bigg Boss Season 7. The actor has such a good relationship with Salman that she can be spotted at different celebrations at Salman’s house.

Shweta Tiwari’s family issues got her a lot of sympathy from the host of the show. Despite the fact that Dolly Bindra’s presence in the house got the show higher TRPs, she was shown the exit door.

Apparently, Dolly was assaulted by Shweta’s ex-husband in a party, because of which she held a vendetta against Shweta. There were constant catfights in the house between them. Salman always favored Shweta over Dolly and saved her from Dolly Bindra’s rants. Salman’s Wanted co-star, Mehak Chahal got constant support from him. Pooja Mishra accused Salman of bias towards Mahek Chahal. Not only did she, but Pooja Bedi and Shakti Kapoor also accused Salman Khan of favoring Mahek.