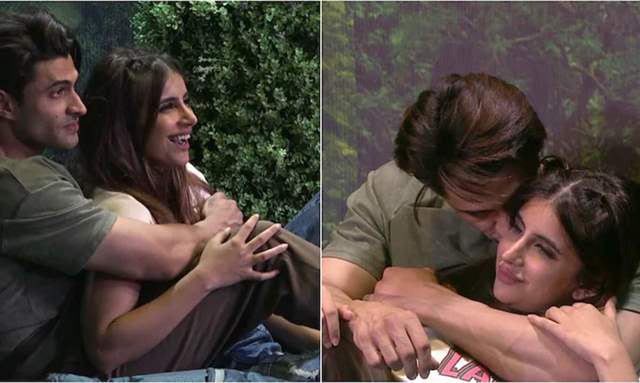 Rajiv Adatia’s entry in the Bigg Boss house has been promptly shifting the dynamics of this game. He has wasted no time getting down to business as he manipulates every contestant he interacts with. His biggest target has been Ieshaan. Rajiv has been grilling Ieshaan for being involved with Meisha and not focusing on the game. It appears that now Rajiv is after him for a different reason.

As it is known that that two of them know each other long before the show. So they are privy to each other’s secrets that the rest are not aware of! To ensure Ieshaan does not reveal Rajiv’s secrets to Meisha or anyone else, the latter plays every trick in the book. He talks to him and even asks Karan to do the same. However, Ieshaan gets annoyed with Rajiv and ends up having a faces off with him.

Featured Video
And the fight became more intense when Rajiv again spoke about Isheen and Meisha for which Isheen request all the housemate that from now onward they should not about his and Meisha relationship. Its their life and if they had fall in love within a week its their life and nobody should question them.

He even confessed that is hurt by constant asking about his relationship and he even warn Rajiv that he will take care of his mother and sister view point about Meisha.

Miesha Iyer and Ieshaan Sehgaal can be easily termed the first lovebirds on Bigg Boss 15. The two have been spending a lot of time together.