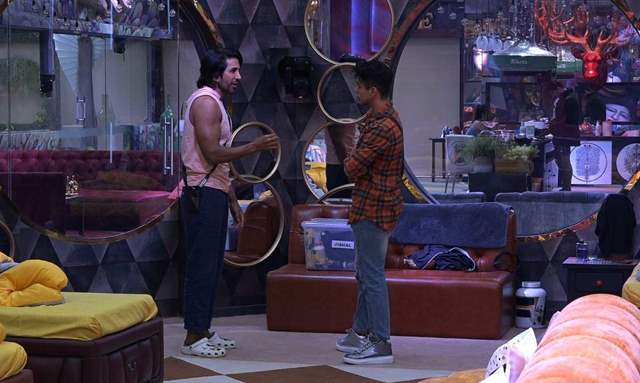 Bigg Boss 15 has been making headlines and the drama quoteint is always high which is keeping its audience hooked to the show. ‘BIGG BOSS’ is making contestants’ lives increasingly harder with every passing day. Being locked up in this house is bound to make them get on each other’s nerves!

And this time, its a fight between Pratik Sehajpal and Vishal Kotian. A major argument happened between Pratik and Vishal. It sp happened that Pratik had blamed Vishal that he never got his support and Pratik accuses Vishal saying that he never takes his side in matters of the house. He alleges that he always stands by Vishal but does not receive the same support when it comes to Vishal standing up for him.

Featured Video
After a fiery Weekend Ka Vaar, the contestants are full charged up. Pratik was even appreciated by Salman for taking his stand during captaincy.

Watch out this space to know more about the season.