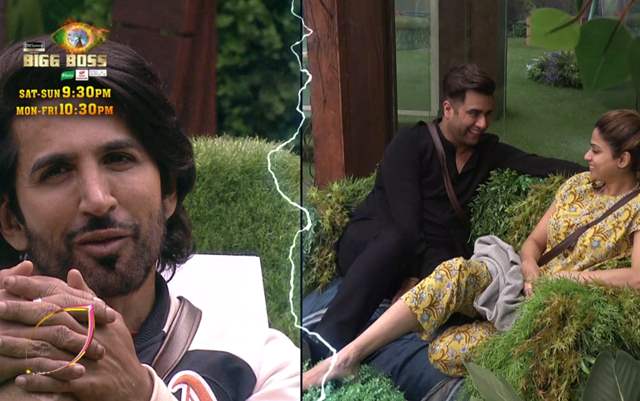 Bigg Boss 15 has witnessed its first wild card entry for this season in the form of entrepreneur Rajiv Adatia. Rajiv was introduced to the viewers of the show during the Weekend Ka Vaar, however, his entry in the house happened only today, and the same will be seen in the episode tonight.

And while he clearly expressed his dislike for Vishal Kotian on the stage, once inside the house, he will be seen talking to Shamita Shetty about how he is someone who will use her and try to go ahead. The two are seen talking about Vishal and how Shamita has been played. We also see how Shamita is rather surprised at how she couldn’t identify who Vishal truly is.

Featured Video
In addition, she is seen talking to Vishal about how he has been wrong on so many instances and later, Vishal is seen mentioning how ‘are relationships this week that someone from outside can break it up’.

Check out the promo here:

On the other hand, he is also seen talking to Ieshaan about his game and how what he came to the house for is not this. He also says how he felt that he will not sustain in the house and Rajiv tells him how he knows him and no one falls in love in just 3 days. He is also seen telling that this is a big ‘no-no’.

Well, it is clearly visible that Rajiv’s entry is going to shake things up, the nominations too, will see a lot of drama unfold. We see how Vishal has been one of the constant names for almost everyone in the promo, however, it will be interesting to see as to what changes come about in the house not just with the wild card entry, but also with the extra information that comes to light for some housemates.