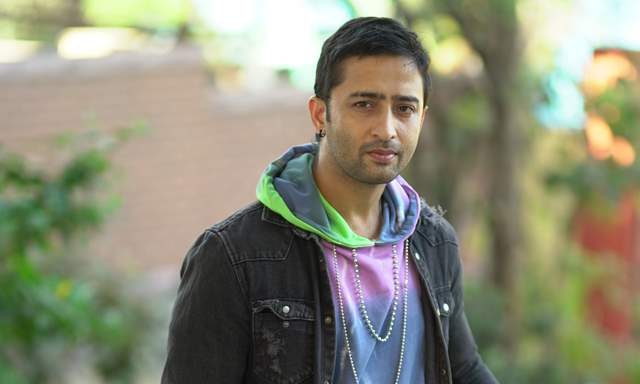 Be it his 2009 debut “Kya Mast Hai Life” to his other shows like “Navya…Naye Dhadkan Naye Sawaal” to “Yeh Rishtey Hain Pyaar Ke”, and “Kuch Rang Pyaar Ke Aise Bhi” (season 1,2 and 3), among others, Shaheer Sheikh, who turned a year older on March 26, has maintained his on-screen image of a goody-goody guy. He has played the kindhearted, friendly guy, who is always there for others in their moments of grief and can never hurt anyone even in his sleep. In a career of close to 13 years, the young actor was seen in the most perfect roles, but that changed when he took up Rajan Shahi’s newest venture “Woh Toh Hai Albelaa”.

As the name suggests, he is the “albelaa” in the show, and for the first time ever the audience got to see him in a carefree, free-spirited character who has his own atrangi ways of everything. While they might seem to be very unconventional, his character of Krishna Chaudhary aka Kanha is just like any guy in his 20s who chooses to go on the road less traveled to make his mark. He is a vlogger, loves his family, especially his elder brother Cheeru, whom he considers as Ram to his Lakshman, but hates his neighbor Sayuri Sharma so much that he did not leave any stone unturned to break her relationship with his brother. To others, it might look very immature, impulsive, and someone who holds grudges, but as an actor taking up such a flawed character is nothing less than a challenge. And the perfection with which Shaheer has embodied this character shows what a fantastic actor he is.

Having said that, the audience will get to see a drastic change in Kanha after a big twist in the show. It will be a journey worth watching. While we still have some time to go before that big twist, let’s sit back and enjoy his albelaa ways.