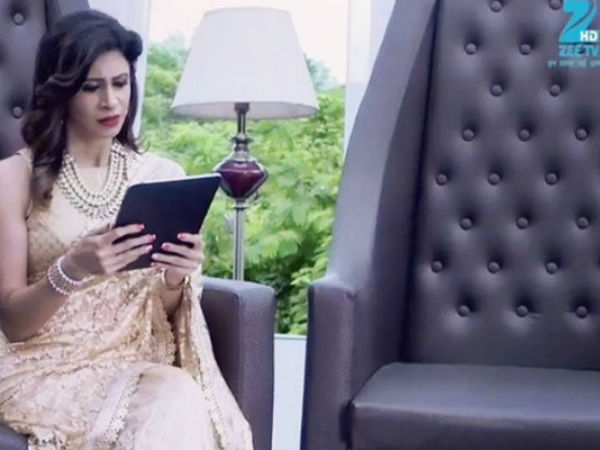 On the show Brahmarakshas, Raina (played by Krystle D’Souza) is all set to take revenge on Brahmarakshas, who has killed her friend Rakhi. In the upcoming episode, Raina will be getting married to Rishabh. She will be provoking the rakshas by wearing the bridal wear that he hates. Krystal shared a picture,

in which she is seem all decked up as a bride. Posting the picture, she wrote, “Fight For What You Believe In…… The battle begins – Me Vs #BrahmaRakshas ! Don’t miss BrahmaRakshas , sat & Sun on @zeetv at 9pm !” Well, we must say, Krystle looks beautiful in the bridal avatar.

It has to be recalled that Kishwer Merchant who played the role of Aparajita will be responsible for Parag Tyagi’s death, who later turn into Brahmarakshas. She married Parag and pushes him from the haweli.

The entire village will be scared of Brahmarakshas and the dulhans have given up on three very important bridal accessories – red chooda, paayal and sindoor, which infuriate the Brahmarakshas. Now, Aparajita will be back on the show.

Kishwer shared her picture and wrote, “And look whos back in #Brahmarakshas on @zeetv 💞 aage aage dekho hota hai kya 😉 #actor #tvshow #aprajita #inascene #lovemywork.”Well, it has to be seen how will Aparajita react to Brahmarakshas story and how Raina faces him!