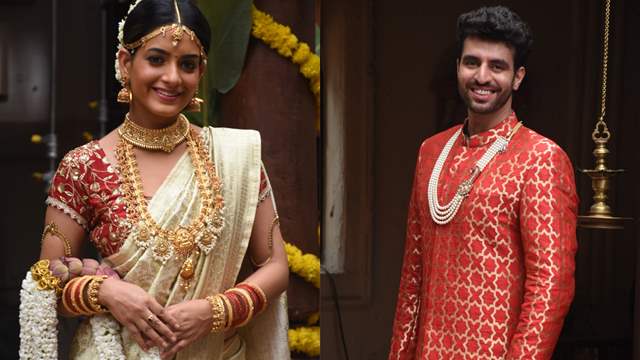 Our world is divided by a multitude of factors namely caste, language, and religion but if there is one thing that binds us together above all these barriers, it is love. COLORS’ upcoming romantic show ‘Harphoul Mohini’ brings to you an unusual love story of two individuals who are poles apart and even belong to different regions: Haryana’s Harphoul Chaudhari and Kerala’s Mohini Vijayan. While Harphoul is a young, energetic man from a small village in Haryana and wears his heart on his sleeves, he has very little exposure to the world outside his village. On the other hand, Mohini hails from Kerala and is a strong and opinionated woman.

But as fate would have it, sparks fly but their cultural differences become the matter of contention and how both Harphoul and Mohini deal with it in their ways becomes the premise of the story. Actor Zebby Singh will be seen essaying the character of Harphoul while Mohini will be played by Shagun Sharma.

Featured Video
Excited about the show, Zebby Singh said, “As an actor, you’re always looking for roles that can bring out the best in you; and ‘Harphoul Mohini’ has given me just that! Harphoul is a proud ‘Haryanvi Jatt’, and I can’t thank COLORS enough for putting faith in my abilities to bring him to life. The audience will have a wonderful time watching Harphoul and Mohini’s romance blossom on screen!”

Shagun Sharma said, “I am glad to associate with COLORS once again, and being cast as Mohini has given me joy that I cannot put into words! She is an intelligent girl with a strong personality. She has a powerful aura that will strongly connect with the audience, and I’m confident that they will really enjoy the contrast between Mohini and Harphoul as their love story begins!”