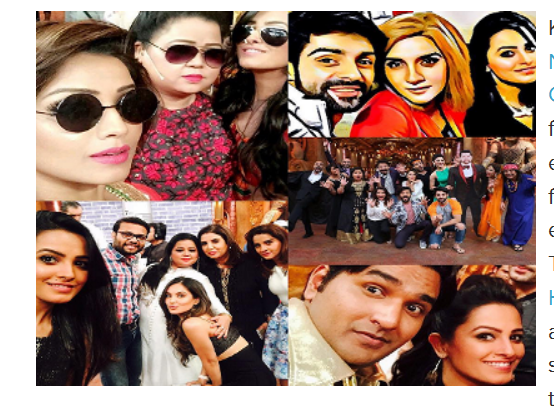 Krushna Abhishek’s Comedy Nights Bachao, which airs on Colors TV, is all set to go off air for now. Even though it is expected to come back with a fresh season sooner than expected, it did leave popular TV actress Anita Hassanandani, who has been associated with the comedy show for a long time, teary-eyed.

Sharing a picture of the entire team on Instagram, she wrote: This is heartbreaking #bachaooo season one ends! Gonna miss each one of you! This journey has been AMAZING! Thanks for making this happen for me @nikuld LOVE you guys!

Even Karan Wahi couldn’t stop himself from bidding an emotional farewell to the team and wrote: Ill miss this madness….thanku #comedynitesbachao for all the fun,madness and smiles u gave me… until we meet again…. #nevasayneva

According to reports, the new season of Comedy Nights Bachao might not see Anita Hassanandani and Karan Wahi. Instead, Aditi Bhatia, of ‘Ye Hai Mohabbatein’ will possibly be a part of the upcoming season.

Comedy Nights Bachao has a roast format in which constant jibes are made on the stars through slapstick humour and unpleasant jokes. Going by the popularity of the first season, the latest buzz is that the show might tone down its content.