Coronavirus Outburst: Checkout the line up of shows on Star Bharat 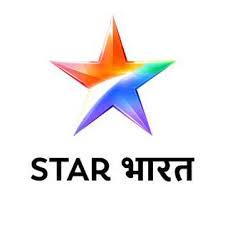 The world has come to a standstill in the wake of the Coronavirus pandemic.

With the citizens asked to stay indoors, the entertainment industry too has stopped functioning. Giving safety of the cast and crew more importance, the shoot of television shows has been halted. But, the major question for the channel runners is, what will they air if the shows are not being shot?

TellyChakkar.com exclusively reported yesterday that Zee TV will air reruns of their shows. Colors might bring back Bigg Boss 13 on the 10:30pm slot and a few daily soaps may re-run too.

Earlier in the day, we also reported that Star Plus might run Hotstar shows.

Now, we have an update about Star Bharat shows.

According to our highly placed sources, the programming team has decided that they will re-run episodes of RadhaKrishn and Vaishno Devi while Kartik Purnima and Saavdhan India – FIR will have original episodes. The channel will telecast Comedy Classes at 8pm and Savdhaan India – Kissey Anokhe at 11pm.

We couldn’t connect with the channel’s spokesperson for a comment.