Couldn’t bond well with Tejasswi Prakash during Bigg Boss 15; getting to know her in ‘Naagin 6’: Rashami Desai 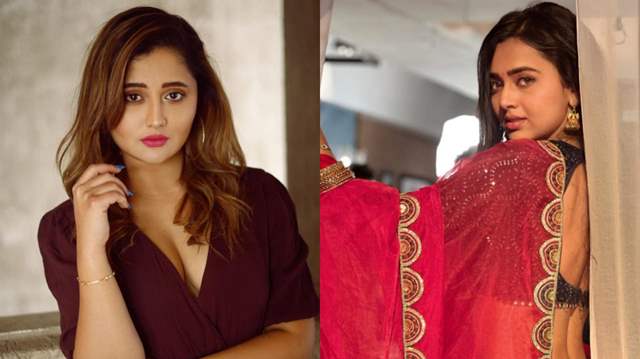 Colors’ show ‘Naagin 6’ is quite loved by the viewers. The current track of the show revolves around a major showdown between Hindustan and Changistan. As reported exclusively by India Forums, Rashami Desai entered the show as the Laal again.

Rashami is seen playing a baddie in the show. She was seen locking horns with Desai in the previous episode. Desai and Prakash was also a part of controversial reality show ‘Bigg Boss 15’. While they started off as friends, they did have a couple of fall-outs and difference of opinion.

Now, in a conversation with Bollywood Life, Rashami Desai revealed her thoughts on re-uniting with Tejasswi in ‘Naagin 6’. She stated that they couldn’t get to know each other well during Bigg Boss 15 but they’re bonding well during Naagin 6. She also appreciated Tejasswi in Naagin 6.

Featured Video
She stated, “Tejasswi and I did not get to know each other well on Bigg Boss 15. Now, we are bonding quite well on Naagin 6’s set. She is a dedicated and fun person and the Bigg Boss connection is helping us in getting to know each other better. Tejasswi is truly admirable as the Sarvasreshtha Naagin and seeing her doing so well in this role is impressive.”

‘Naagin 6’ is produced by Balaji Telefilms. It has a stellar star cast including actors like Tejasswi Prakash, Simba Nagpal, Urvashi Dholakia, Sudha Chandaran among others.