Debattama Saha on Mithai: I believe this show’s narrative is very different from other fiction shows 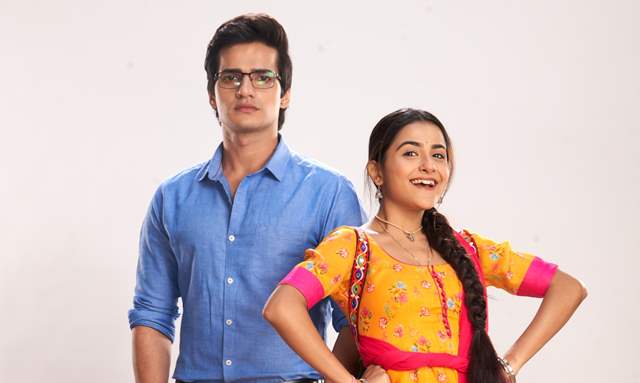 In India, almost every occasion that Indians celebrate is incomplete without the presence of ‘Mithai’. With several stories having been passed down generations around its original creation, our traditional sweets hold a lot of cultural significance that runs much deeper than the taste buds. There is an emotional connection that each of us have with our favourite mithai. Keeping this very thought in mind, Zee TV’s upcoming show ‘Mithai’, is a first-of-its-kind fiction show that will not just depict the emotional relationship that each of us has with our favourite sweets but will also take the audience back to their roots like never before. The show is an amalgamation of a love story and a family drama all tied together inside a sweet box of traditional Indian sweets.

Produced by Arvind Babbal Productions and set against the backdrop of Mathura, the show delves into the life of Mithai, a gifted sweet maker, who makes the most delicious sweets courtesy of the culinary skills she has inherited from her late father. She’s a sweet, small-town girl from Jatipura in the Brij area of UP. The spirited girl wants to preserve the legacy of Aloo Jalebis that is served as the main prashaad offered at the Mukharvindh temple but are unfortunately now on the verge of extinction. The business strategy she passionately abides by is that millions of devotees from all over the world come to Jatipura & Mathura for darshan, if each one of them takes her aloo jalebis with them, it will become a worldwide phenomenon. Popular television actress, Debattama Saha is all set to make you fall in love with this girl, as she gears up to essay the titular character of Mithai.

On the other hand, television actor Ashish Bhardhwaj will portray the role of Siddharth, a software engineer by profession and the grandson of a heritage Indian sweets business family in Mathura. Unlike Mithai, he resents sweets because he blames his father for having focused on his sweets business instead of tending to his mother’s health which led to her untimely death, and he wants nothing to do with his family’s business.

“I am honestly quite excited to be playing the character of Mithai. In fact, the moment I read the script, it was instantly a yes from my side. Just like her, I have a soft corner for all our Indian sweets. In fact, being a Bengali, sweets are an important part of our culture and tradition. I also feel there is a very strong connection between me and my character because just like how Mithai wants to fulfil her father’s dream, I also wish to fulfil my parent’s dreams by making them proud of me. I believe this show’s narrative is very different from other fiction shows and the character has an edge. She is spreading joy across the city with something as unique as Aloo Jalebi, I am really eager to see how this character takes shape on television and I hope that all the viewers will be able to relate to her journey and moreover, understand the values that Indian sweets have in our culture.”

“Unlike Mithai, my character holds a very strong grudge against sweets for personal reasons but otherwise he is a practical, focussed person who is extremely sensitive from within. I find my character as thrilling as this show’s concept more so because it attempts to present the sentiments that we Indians harbour towards our traditional Indian sweets. I am sure Mithai and my character Siddharth will keep the audience hooked and interested in unraveling more about their journey and how their sweet and savoury relationship will unfold. It has been a lot of fun to shoot with Debattama so far and I look forward to working with her.”

Fans are sure in for a treat.