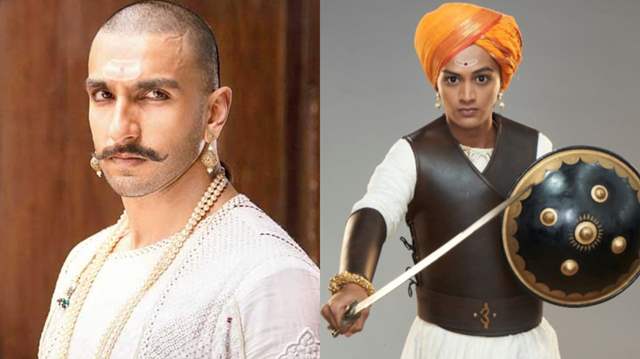 Following the phenomenal success of Jodha Akbar and Jhansi ki Rani, Zee TV recently premiered its biggest historical magnum opus, telling the forgotten story of Kashibai Bajirao Ballal, one of the most legendary ladies of the Maratha empire. Since its launch, the show has continued to steal the audience’s hearts, and the Jodi of our little Kashibai (Aarohi Patel) and Bajirao (Venkatesh Pande) are appreciated across the country. But did you know that Venkatesh Pande, our young Bajirao Peshwa has always been upfront on taking up challenging roles in his career, was inspired by Ranveer Singh for his character in the show?

Venkatesh Pande has gained immense popularity and a huge social media fan base with the character of Bajirao in the show. While the actor has his quirks and methods of bringing the character to life, Bollywood’s Bajirao has been motivating him to upskill and deliver better each day. Every day on the set, Venkatesh tries to match up to the level of his favorite character – Ranveer Singh as Bajirao, while taking inputs from the creative team to keep the authenticity of the original Peshwa intact. In fact, during his preparations, he has been consistent towards improving his skills while using weapons, has learned horse riding, and gained weight to do justice to his character.

Venkatesh shared, “I believe the character of Bajirao has allowed me to explore my boundaries as an artist. Although it is difficult to match up to the finesse of Ranveer Singh, I am working hard each day as an artist to bring my touch to the character while being in complete awe of the hard work put in by the superstar for the movie. Each day is a new challenge, and I am happy to see that my efforts are being noticed by the fans and the industry.”

While Kashibai and Bajirao have been contemplating their relationship amidst the recent twists, Baji finds that Kashibai was correct since the beginning and has always worked for the well-being of the state. Much to his disbelief, he also finds out with the help of Shivu Bai that Kashi has been tortured by Radha Bai instead of being appreciated. Seeking justice for Kashi, he decides to confront his mother in order to learn the truth. What will happen next? Will Radha Bai be able to tell Baji the truth and accept her mistakes.