Difficult to picture anyone else other than Gashmeer Mahajani as my ‘Adi Bhai’: Preet Kaur Nayak of ‘Imlie’ 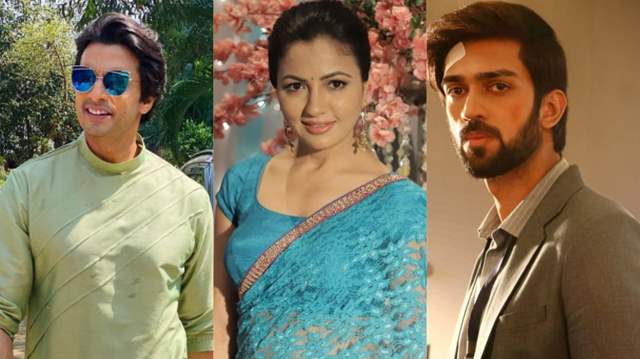 Star Plus show ‘Imlie’ is getting quite interesting with each passing episode. There was a pressure on the makers of the show as the main lead of the show Gashmeer Mahajani aka Aditya planned to quit the show. While the makers were on a difficult spot, they did manage to make the show lovable by introducing new male lead. Actor Fahmaan Khan entered the show is a powerful character Aryan Singh Rathore.

Since Aditya was an integral part of the story, the makers found an apt replacement for the actor as Manasvi Vashist stepped in to play the righteous journalist- Aditya Kumar Tripathi. While Manasvi is doing an impressive job in the show, the cast as well as the viewers might find difficult to picture Vashist as Aditya.

Actress Preet Kaur who plays the character of Rupali Tripathi in the show recently opened up on the actor’s replacement and the new actor stepping in. Preet said, “Honestly, initially it was very difficult for me to accept this change. I mean, my Adi Bhai is replaced, this is not done ya! What Gashmeer has given to Aditya, I don’t think anybody can give or even match up. I remember initially, when we had scene where I had to hug Aditya (Manasvi), I hugged him very mechanically in the scene. I was this possessive sister and couldn’t picture anyone as my Adi bhai. Although I was not in the best terms with Gashmeer, he was my onscreen brother for a year! I couldn’t accept anyone standing in front of me, wearing the same clothes and being my saddu Adi bhai”.

Honestly, initially it was very difficult for me to accept this change. I mean, my Adi Bhai is replaced, this is not done ya! What Gashmeer has given to Aditya, I don’t think anybody can give or even match up.

– Preet Kaur Nayak
She added, “Now, we’ve started to warm up and I’ve started to call Manasvi ‘Adi Bhai’ even off-screen so that we can connect well and deliver beautiful scenes. I believe Manasvi and Gashmeer are two very different individuals. Gashmeer is man, very matured in his approach while Manasvi is this young little boy, trying to learn things, he is more of a child-like person. He is a sweet boy and we’re both trying to warm up to this newness”.