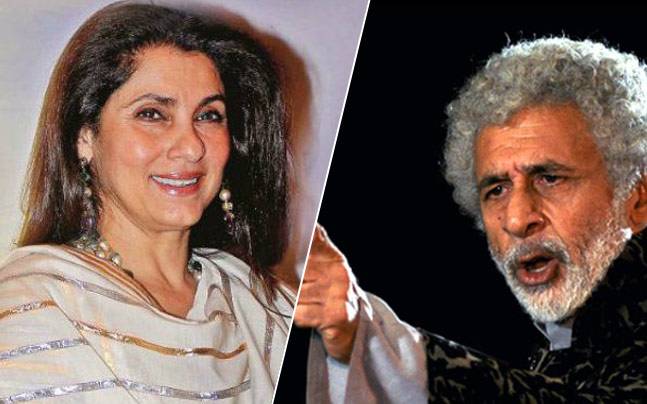 Rajesh Khanna and Dimple Kapadia’s daughter Twinkle Khanna took offence to Naseeruddin Shah’s comments, taking to Twitter to slam the A Wednesday actor, requesting him to have some respect for the dead. Dimple on the other hand, chose the more dignified route by calling it as it is, “I just want to say that while I understand that everyone has the right to their own opinion, the man’s career and legacy speak for him. I don’t need to over-emphasise his accomplishments or what he has done for Hindi cinema. You know them, I know them, millions of his fans know them as well.”

Naseeruddin Shah was talking to a leading publication, when he said the following, “For all his success, I think Mr Khanna was a very limited actor. In fact, he was a poor actor. Intellectually, he wasn’t the most alert person I have ever met. His taste ruled the industry. The quality of script, acting, music and lyrics deteriorated. Colour came in. You could make a heroine wear a purple dress and hero a red shirt, go to Kashmir and make a movie. You didn’t need a story. This trend continued and I certainly think Mr Khanna had something to do with it because he was God in those days.”

Since then, the Ijaazat actor has apologised to Twinkle and to anyone else who took offence to his comments, saying he wasn’t looking to attack anyone in particular, when in fact he was just talking about a phase in Bollywood.