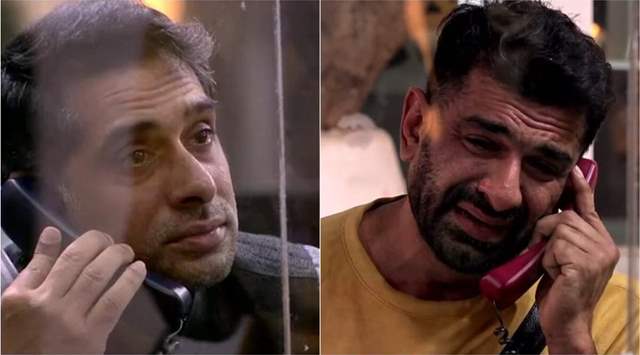 Bigg Boss 14 saw a love story blossom between Eijaz Khan and Pavitra Punia. While the two have had a rollercoaster ride inside the house, it was recently that we saw the two confess their love for each other. While Eijaz proposed for marriage, Pavitra also said how she has won her trophy already.

Recently, Eijaz Khan’s brother spoke about their relationship to the Times of India and went on to reveal how he felt good to see her support him and they are grateful for it. He also added how he will respect his decision in his personal life and is happy with whatever makes him happy. He mentioned that he won’t be able to comment much and he knows they share a good bond. He added that they will let them decide what they want to do. He also revealed that he has not spoken to Pavitra yet.

About meeting Eijaz after so long, he mentioned that the experience was overwhelming and emotional as he was seeing him in person after so long. He added how he is proud of him fighting as a lone warrior and that it was a very special moment for him. He also said that he hopes the meeting helps him further his game in the house.

He also spoke about Eijaz’s secret during one of the tasks and added how it is painful to watch somebody you lofe in pain and he found Eijaz to be brave for having done that. He also added how he thinks that his voice would have also helped other people to speak up for themselves. He also highlighted how everything was alright for him once he told him that their father is proud of him.