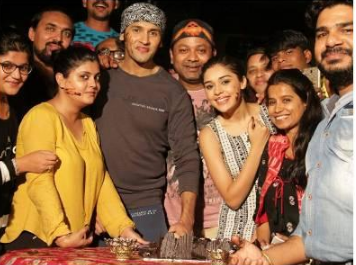 Set against an interesting background of the ways of life, inspirations, trusts, yearnings, frailties and puzzles that cover the Indian sovereignty of the 1940s, Zee TV’s perfect work of art period show ‘EK Tha Raja Ek Thi Rani’ evoked genuine emotion with TV gatherings of people not long after it debuted on 27th July 2015.

After a brilliant keep running of more than 2 years and 500 scenes, the whole cast and group of “Ek Tha Raja Ek Thi Rani” say goodbye to their steadfast watchers with an overwhelming heart.

The group of Zee TV’s Ek Tha Raja Ek Thi Rani wrapped up the shoot on 27th June and the lead performers Eisha Singh and Sartaj Gill remembered their fondest recollections and expressed gratitude toward everybody who were a piece of the show.

The show closes at the pinnacle of its fame. Its faithful watcher base was stuck to the show for its fine account, charming plot, regal look and all around characterized characters played convincingly by some exceptionally skilled and veteran on-screen characters like Anita Raj (As Rajmata) and Surekha Sikri (As Badi Rani maa), ravishing Drashti Dhami (As Rani Gayatri) and Siddhant Karnick (As Raja Indravardan Singh Deo) in the main season.

The lead performing artist and on-screen character Eisha and Sartaj communicated their sentiments saying, ‘We are grateful to every one of our fans for having given us monstrous love and praise. We have cherished all of this great trip and will miss shooting for the show. We will miss all our co-on-screen characters and companions that we have made on the sets. The parts of Raja and Rani have made us so well known that wherever we go, individuals immediately call us as Raja and Rani. I think for any performing artist, this is unquestionably a major accomplishment.’