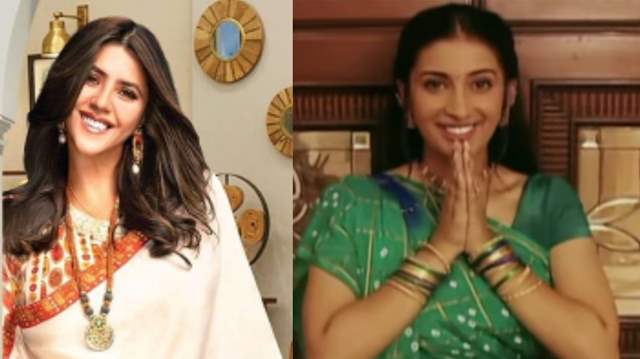 In the history of Indian Television, if there’s a show that’s quite talked about and which changed the face of daily soaps is popular Star Plus show ‘Kyuki Saas Bhi Kabhi Bahu Thi’. The show had massive fan-following and it gave name and fame to various actors who became a household name. The show was a family drama revolving around the main protaganist Tulsi Virani and her struggle of keeping her family happy and protecting the same from all evils. Smiti Irani as Tulsi garnered rave reviews for her stint in the show while her chemistry with actors Amar Upadhyay and Ronit Roy became the talk of the town.

After almost a decade, the show is set to re-run on Indian Television. Yes, you read that right! Producer Ekta Kapoor announced the rerun of the show and expressed her feelings on the same.

Featured Video
Ekta shared a glimpse of the show and wrote:

How did you feel after watching this promo, itne saalon ke baad?

Iconic Show Kyunki Saas Bhi Kabhi Bahu Thi will be telecasted once again for all fans and viewers. Watch this show starting 16th Feb at 5pm – every Monday to Sunday only on Star Plus.

What’s your take on the news? Hit the comment section below.