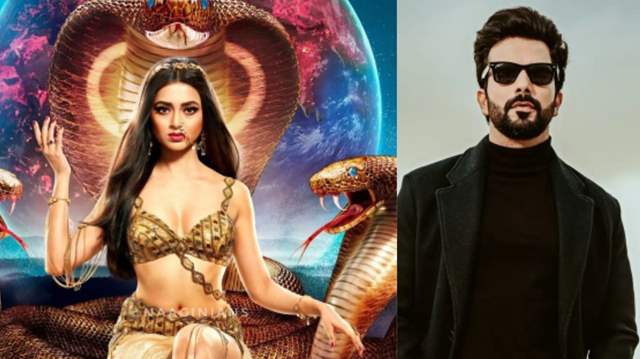 Last year, in an episode of Bigg Boss 15, producer Ekta Kapoor had dropped a major hint about Naagin returning on TV screens with its sixth season. Living up to the promise, the makers of the supernatural TV series treated fans on January 18 with the first promo of the show. In the 42-seconds promo, we get a glimpse of the theme, which revolves around a deadly virus that hit the world in 2020. Naagin 6 also promises to be different from the other seasons.

Naagin 6 is seemingly based on the Covid-19 pandemic which has gripped the world. And as the telecast of the show is just round the corner, Kapoor teased the fans with an interesting glimpse of the show which has left the fans asking for more.

In the video, actor Manit Joura of ‘Kundali Bhagya’ fame is seen donning an avtar of a scientist or a researcher who proposes that only Naagin can save the world from major trouble. Manit is seen donning a specs while his acting chops has surely impressed the viewers.

‘Naagin 6’ is produced by Balaji Telefilms and will have a stellar line-up of actors including Tejasswi Prakash, Simba Nagpal, Manit Joura, Urvashi Dholakia, Sudha Chandran, Ashish Trivedi, Reema Worah among others.