Erica on quitting KRPKAB 3: Between your self respect and a show so dear, you have to make hard decisions 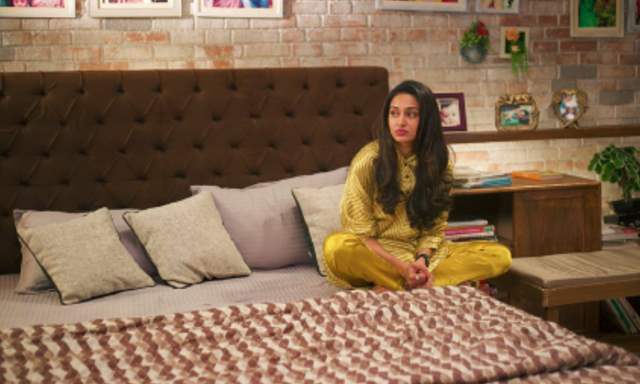 Erica Fernandes has been in the news for a while now as there have been reports about the actress being unhappy with the way her character of Sonakshi has been coming together in Kuch Rang Pyar Ke Aise Bhi 3. However, while she did not speak up about it just yet, she has taken to social media today to pen a long note as she reasons what lead to her decision.

Erica penned a long note where she mentioned how she is grateful for the love and also wrote how when season 3 of the show came to the screens once again, she was hoping for the same Sonakshi from the earlier 2 seasons, however, this time, it was opposite and even if everything else is ignored, the Sonakshi in season 1 and 2 did go to office and have a job, unlike now, when she is sitting at home.

Featured Video
She wrote: Sometimes when you have to choose between your self-respect and a show so dear.. you have to make hard decisions. (not mentioning the various other reasons) And you can’t always take others responsibilities on your shoulders, you have to look after yourself and make choices based on that. I always give time to see if things change but when they don’t, then you know you can’t force someone to value you but you can choose to not be disrespected and move on to better things ahead.

She concluded by saying: I would like to thank all those who have supported me through this journey and my decisions be it my team or my Ejfians and KRPKABians.

Meanwhile, there have also been reports that Kuch Rang… is likely to go off-air in the month to follow, and one might wonder if it is because of Erica’s decision to quit the show. While there have been all sorts of reactions on the actress’ post, fans are glad that she gave them their closure.