Family to surprise Rishita and Dev on their marriage anniversary; major drama to unfold in ‘Pandya Store’ 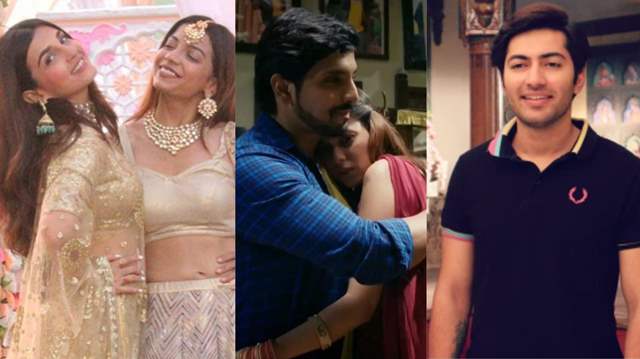 Star Plus show ‘Pandya Store’ is getting quite interesting with each passing episode. The current track of the show revolves around Raavi wanting Shiva to get educated. In the previous episode, Rishita lashed out at Shiva for a mistake that he unknowingly did. Rishita lost her cool on Shiva and called him names. She told him that he is good for nothing and is an illiterate. Raavi took a firm stand against Rishita and supported Shiva. He felt embarrassed and left the spot while Raavi challenged Rishita that she will make sure that Shiva gets educated and will be able to answer back to people like her.

Rishita is of the view that Pandya family doesn’t give her the love and respect that she deserves. She feels that only Dhara is given the importance. She also feel that Dhara is insecure of her as she is pregnant and Dhara couldn’t conceive.

In the upcoming episodes, the viewers will witness a major drama as the Pandya family will plan to surprise Dev and Rishita on their wedding anniversary. While the entire family is hurt because of Rishita and Dev’s actions, they’ll keep the differences aside to make them feel special. Since Rishita is expecting her first baby, the family will try to bring a smile on her face. However, the buzz is that amidst the party, major drama is expected to unfold.