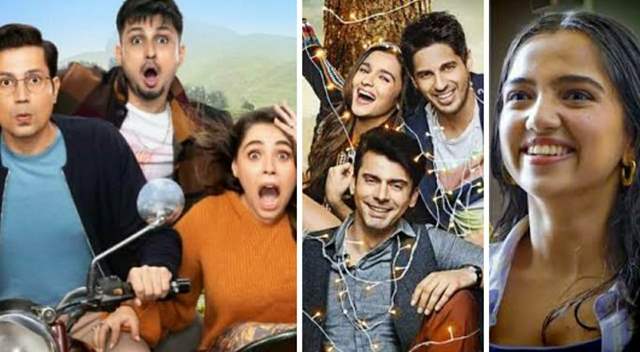 We share a special, bitter-sweet bond with our siblings, where every day is a new learning and experience. From being our first friend, to our first critic, sibling ties grow deeper and stronger with time. Be it our success, our failures, our broken heart or our happy state of mind, our brothers and sisters are with us through it all.

Here are 5 shows that shed light on the love, the banter, the support and the drama that conspires between siblings:

Kapoor & Sons
With a celebrated ensemble cast including Alia Bhatt, Sidharth Malhotra, Rishi Kapoor, Fawad Khan, Ratna Pathak Shah and Rajat Kapoor in engaging roles, Kapoor & Sons takes you on a journey packaged with elements of love, humor and emotions. Set against the mesmerizing backdrop of Coonor, the film deep dives into the parent-child relationship and relationship between two brothers Rahul Kapoor (Fawad Khan) and Arjun Kapoor (Siddharth Malhotra). The story revolves around their intrapersonal and interpersonal relationships while they struggle to communicate, forgive and love one another unconditionally. A story about a dysfunctional yet simple family, Kapoor and sons is a perfect film to watch with your sibling.

Maat
Centered around the lives of two sisters, Saman (Saba Qamar) and Aiman (Aamina Sheikh), Maat is a relationship drama directed by Amna Nawaz Khan. The story takes you on the journey of these two sisters, who struggle to maintain their relationship dynamics while dealing with their emotional and financial problems. While they work towards building their equation with one another, a certain turn of unforeseen events leaves them at loggerheads.

Pataakha
Based on Charan Singh Pathik’s short story, Do Behnein, Pataakha revolves around the story of two feuding sisters Champa ‘Badki’ Kumari essayed by Radhika Madan and Genda ‘Chuttki’ Kumari essayed by Sanya Malhotra. The two are always at each other’s throats until they realise the essence of their love after marriage separates them. The film is directed by ace director Vishal Bhardwaj and also features actors Vijay Raaz and Sunil Grover.

TVF Tripling
Created by The Viral Fever and directed by Rajesh Krishnan and Sameer Saxena, Tripling stars actors Sumeet Vyas, Maanvi Gagroo and Amol Parashar in lead roles. The series traces the story of three siblings who set out on an adventurous road trip together and discover more about life, their equations with one another, their true emotions and their inner self.

Sisters
Starring Ahsaas Channa and Namita Dubey in lead roles, the mini web series narrates the lives of two sisters Antara and Mahi who start living together after the later moves to Mumbai for college. From arguments over closet space, to throwing wet towels on the bed, the series features the evolution of their relationship and love for each other. From childish bickering to having each other’s backs, the show is a perfect binge watch.