#FIRSTLOOK: Shrenu-Zain’s show undergoes a NAME CHANGE; to be aired on Star Plus now! 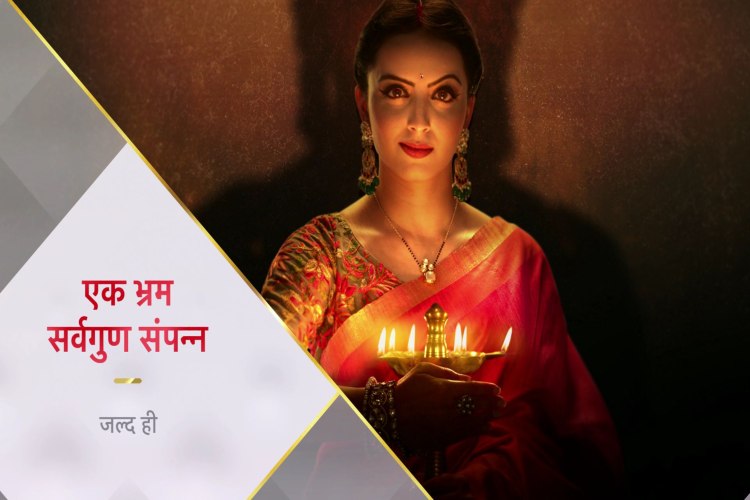 Earlier we reported about Zain Imam and Shrenu Parikh playing leads in Star Bharat’s upcoming show titled Meri Biwi Ka Sasural in which Shrenu will be seen in a negative avatar for the very first time. Also actors Tanvi Dogra and Tina Philip will also play important characters in the show.

Well, guess what the name and the channel of the show have now changed. Yes, you heard it right! The show will now air on Star Plus instead of Star Bharat and has been named Ek Bhram Sarva Gunna Sampanna.

The first look of the show is doing rounds on the internet featuring Zain Imam, Tanvi Dogra and a saree-sindoor clad Shrenu Parikh holding a cute little baby.

In the promo Shrenu pretends to be a quintessential complaint daughter-in-law, Jhanvi but she has hidden motive for her family which will be revealed very soon. After playing Gauri in Ishqbaaz, this character is a challenging one for Shrenu and as far as the first look is concerned, she has absolutely nailed it.

Are you eager to watch the show now? Let us know in the comment section below.