Get ready for an adventurous season of ‘Naagin 2’ 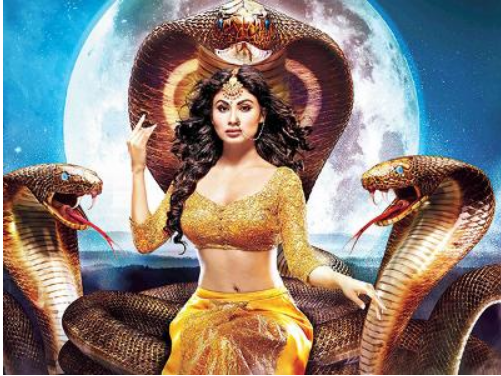 SURPRISE SURPRISE! Did you know that Sriti Jha was a part of Naagin 2?

Last year, ‘Naagin’, which was about an icchadhari naagin, who was caught between the shackles of love and revenge, grabbed viewers’ attention and became the top rated show on television. The show returns with a second season, which premieres tonight at 8 pm on Colors and will air every Saturday and Sunday. Here’s a look at what will keep viewers glued this time around:

An ensemble cast: Apart from Mouni, Sudha Chandran and Adaa Khan, there will also be new faces like the power-hungry Avantika (Aashka Goradia) or lover-boy Rocky (Karanvir Bohra).

Sizzling chemistry: The season will begin with a love story between a simple, Dehradun girl Shivangi and a city-based boy, Rocky.

Fight to the finish: With the quest to lay hands on and exploit the powers of the naagmani, the battle between good and evil is set to intensify.

Visual treat: Raising the ante on production value and backdrop, the show will feature great quality VFX that will heighten the experience.