Ghum Hai Kisikey Pyaar Meiin: Sai and Virat break down in front of each other, will they realise their love? 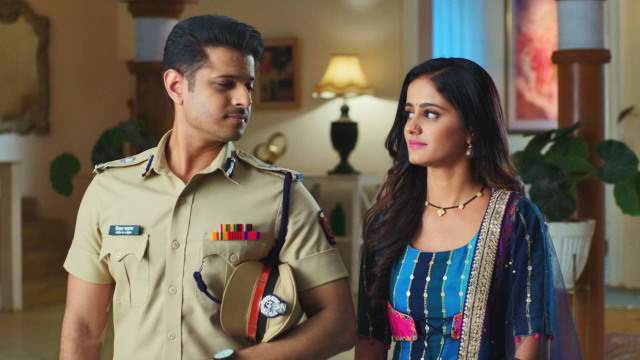 Star Plus show Ghum Hai Kisikey Pyaar Meiin has been creating a constant buzz with the twists and turns that the show keeps churning out. The latest highlight of the show is Samrat (Yogendra Vikram Singh) returning to the lives of Virat (Neil Bhatt), Sai (Ayesha Singh), and Pakhi (Aishwarya Sharma). We have been seen currently how Virat is having a tough time as not only has Samrat misunderstood him but even Sai fails to see his love for her.

Due to everything that he is dealing with, Virat has now fallen sick. It will so happen in the episode to come that Virat will head to a doctor in order to get himself checked and get medicines for fever. When Sai attends a call on Virat’s phone, she comes to know about the same and the doctor will suggest her to take extreme care of him since his fever has not been going down.

Featured Video
Meanwhile, we will see how Sai will take care of Virat during his illness and will also try to deal with him despite his anger towards her. While she tries to take care of him, Virat will get upset and while he gets teary, he asks her to not take care of him like this. Sai, on the other hand, is also upset and breaks down thinking that he will soon leave when he gets his transfer.

This emotional moment will end with Sai giving Virat a peck on his forehead, which takes him by surprise. Whether this will be the moment of realisation for the two or not, is yet to be watched.