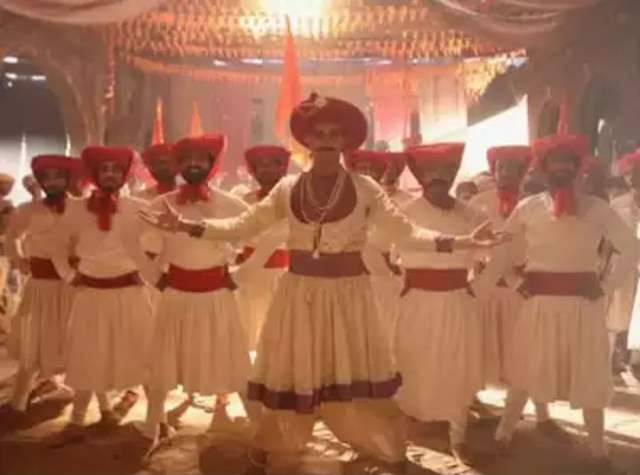 Bringing the saga of Kashibai Bajirao Ballal to everyone, the show has been managed to grab the attention of many where it went in to introduce a seven-year leap recently.

That enabled the entries of Riya Sharma (Kashibai) and Rohit Chandel (Bajirao).

And now, the viewers are in for a treat as Chandel has taken inspiration from none other than Ranveer Singh for a special song.

Celebrating his victorious return, Bajirao will be seen dancing his heart out on a fresh, energetic song – Marhatta – on the show pretty soon. A teaser of the song was recently shown during the cast’s visit to the Shobha Yatra celebrations in Nashik, and it has already started a frenzy on social media. Everyone has been drawing comparisons of Marhatta with Ranveer Singh’s Malhari. While both the songs are quite different, the energy of both the stars seems to be quite unbelievable and looks like it has something to do with the Bollywood superstar.

Chandel has always believed that Ranveer is one of the enigmatic actors in Bollywood and when he heard about performing on Marhatta, he instantly went the Ranveer Singh way and practiced the dance routine multiple times and put all his energy every single time. In fact, despite wearing a heavy, 18-kilogram outfit in the sweltering heat of Karjat and being bruised while performing it.

We are sure the fans will be excited to see this soon.