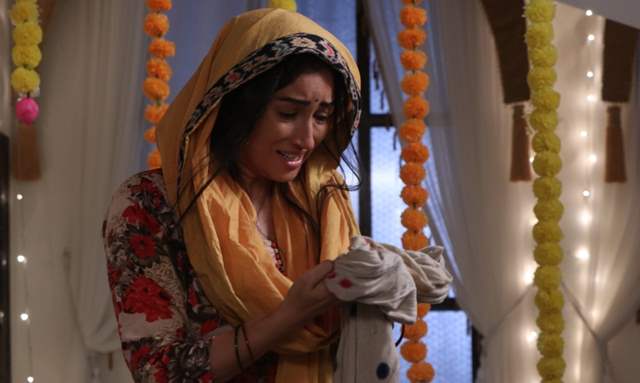 ‘Rajjo’ is one of the most intriguing shows on television right now with its captivating plot and twists and turns along the way. Gungun Uprari plays the role of Rajjo’s mother, ‘Manorama’. She talks about her experience on the set so far.

We’ve seen Gungun Uprari in many mythological television shows and she always gives her best. Now she is winning hearts with her emotional and raw portrayal of a mother who is determined to find her daughter at all costs. As the show goes, ‘Manorama’ unknowingly takes help from ‘Pushkar’, the evil man who, after knowing the truth about ‘Rajjo’, wants to get rid of her by any means necessary. We see ‘Manorama’ being deceived by Pushkar, played by Sidharth Vasudev. The character of ‘Manorama’ will do anything to find her missing daughter and Gungun Uprari is doing an amazing job telling her story in such a real way that the audience know exactly how she feels.

Gungun Uprari talks about her experience as ‘Manorama’ on ‘Rajjo’, “I am always excited to go on the set because it’s such a great experience to work with our team and the co-stars, they are truly hard working. My character of ‘Manorama’ is determined to get to her daughter, and she takes help from an unexpected ally who may or may not be the best option. The audience will soon come to know what it’s all about. So, keep watching ‘Rajjo’, and keep giving us your love.”

A Mukta Dhond creation, produced by Bits and Bots media, ‘Rajjo’ is delighting the fans and viewers with a unique and realistic storyline which keeps them engaged at all times, with great performances by the talented cast which include Celesti Bairagey, Rajveer Singh, Gungun Uprari and many others. We are curious to know what fate awaits Gungun’s character as she takes help from ‘Pushkar’, not knowing his true intentions. Will ‘Manorama’ be able to safely get ‘Rajjo’ out of trouble?