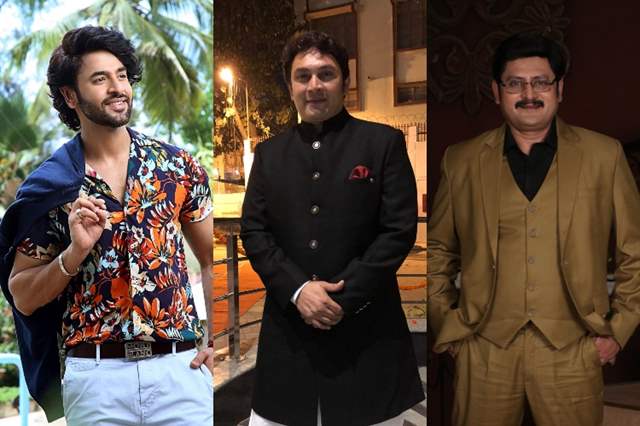 On 14 September 1949, the Constituent Assembly of India adopted Hindi written in Devanagari script as the official language of the Republic of India. The champions behind the movement in support of Hindi language were most notable person Beohar Rajendra Simha along with Hazari Prasad Dwivedi, Kaka Kalelkar, Maithili Sharan Gupt and Seth Govind Das who even debated in Parliament on this issue. On the 50th birthday of Beohar Rajendra Simha i.e 14th September 1949, Hindi language gained official recognition in India and became the country’s National language.

On the occasion of Hindi Diwas, TV actors tell us what the language means to them.

Being a north Indian, my main language is Hindi. My mother is a Hindi, Sanskrit teacher and my mama and grandfather are Hindi poets. Our local and primary language is Hindi. I read a lot of Hindi novels Premchand, Gulzar – Hindi-Urdu, Dharamveer Bharti, Amrita Pritam. My favourite book is Gunaho Ke Devta, I have a library at my house and I still read a lot of stories when I get a good book. When you go to Northern India, people still talk in Hindi, and it’s not wrong to use English. It’s good to talk in your global language but at the same time, your kids should know how to talk in Hindi. Many parents feel proud that their kids talk fluent English but the kids should be taught their mother tongue and Hindi too.

North India is a Hindi speaking belt, only the southern side doesn’t speak much but due to corporate culture, they do know some words. I always speak in Hindi, the kind of work I am in, there’s very less interaction with English speaking people. On the set, we all use Hindi. We work in the entertainment field which has Hindi as the primary language. I used to read Hindi novels but I don’t get much time now. I still try and read the stories of Premchand, my favourite is Raag Darbari by Sri Laal Shukla. I advise my writer friends to read this book. It’s a bible of satire and the projection of characters is very interesting. I am from Bihar, so Hindi and Sanskrit were taught to me.

Hindi is our national language. We are citizens of India and respecting Hindi is in our blood. I try to speak in Hindi all the time. I am from NSD and there we are taught theatre in Hindi. We are also part of showbiz where shows and films are made in Hindi. We should promote the Hindi language. Whenever the meetings of the UN are held, all the countries speak in their native language but we don’t. I am very well versed in Hindi, you will see that my character in my show speaks Hindi very well. Today’s kids look down on people who speak in Hindi. Today, there are actors like Ashutosh Rana, Pankaj Tripathi and even me who is going ahead in life and doing well, speaking only in Hindi. Mohan Rakesh’s Aadhe Adhoore, Aashaad Ka Ek din, Rahul Sankrityayan’s Volga Se Ganga Tak, these are some books one should read to learn Hindi well.

Hindi is in my blood. I try to communicate in Hindi as much as possible. I am proud of our national language and my mother tongue. I am more comfortable speaking in Hindi than in English. Hindi is a language because of which I earn my bread and butter, it’s very important for me to know the language well.